Event on World Autism Awareness was held at BSU 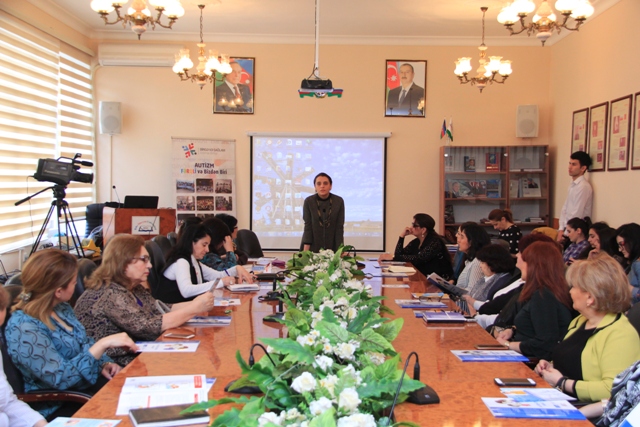 On April 7, event on World Autism Awareness was held at BSU under the organization of Joint and Healthy Social Association and chair of Pedagogy and Psychology of BSU.

Chief of the chair of Pedagogy and Psychology Sevinj Akhundova  gave information about events taking place in BSU, actions held for children suffering from autism by Student Psychological Club functioning at the chair related to April - World Autism Awareness. S.Akhundova stated that special attention and care are shown to the children suffering from autism by the state, numerous organizations and public associations implement important projects in the direction of awareness on autism with the support of President Ilham Aliyev.

Then social video dealing with support to autism prepared by the students of Baku Slavic University was presented. Rector of BSU, Professor Nurlana Aliyeva, vice rectors and deans shared their opinions on video.

Psychologist Narmin Rahimli gave information about symptoms of autism spectrum disorders, discovery of autism in the medical science, problems of this symptom with social relations. Speaking about characteristic features of autistic children, psychologist conducted a number of tests showing differences of children with the syndrome of autism, presented video on autism.

At the end of the event “Handbook on Autism” published by Public Health and Reforms Center and Joint and Healthy Social Association, as well as booklets on autism were distributed to students. Then anthem dedicated to autism was played. 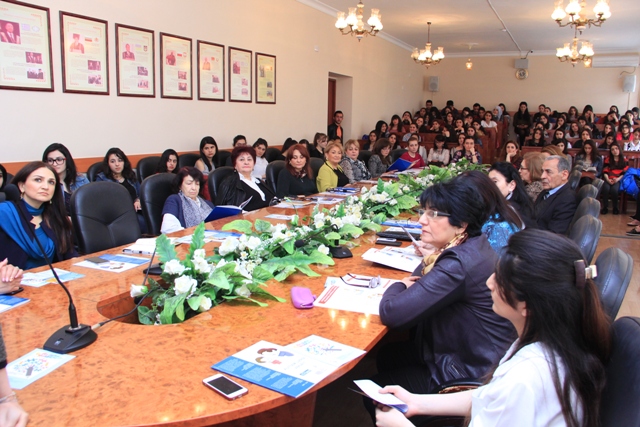