The anniversary of April battles was marked at BSU 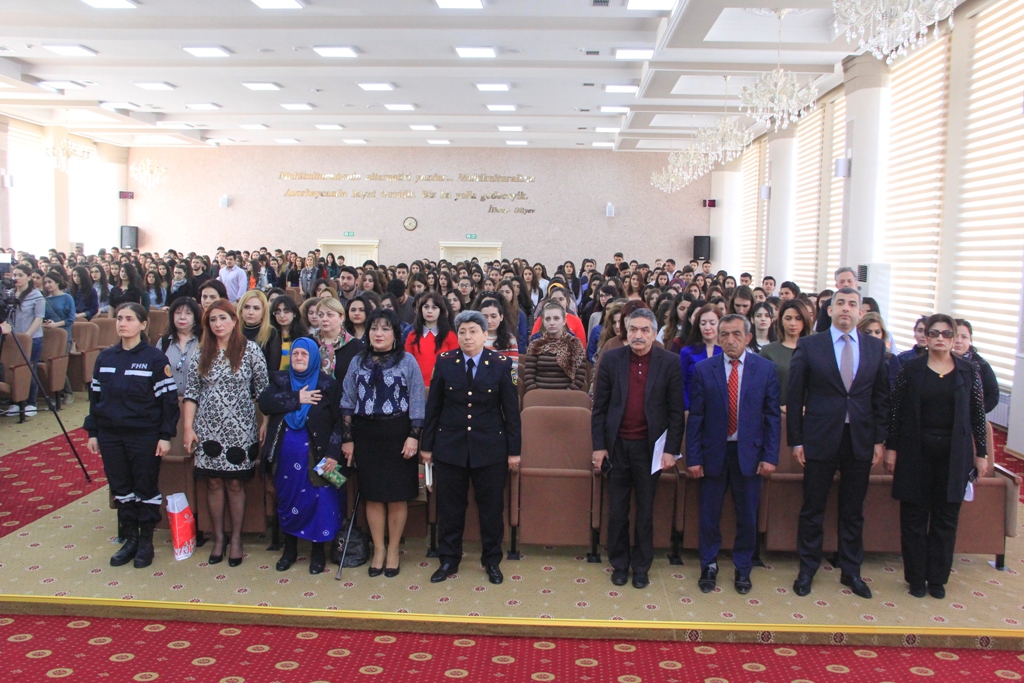 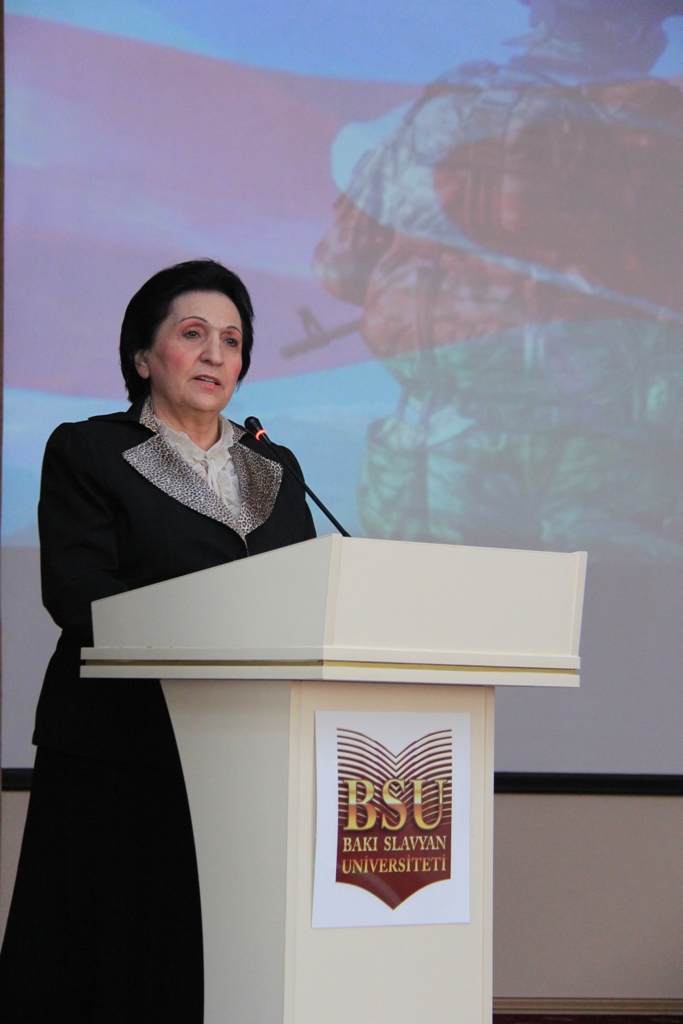 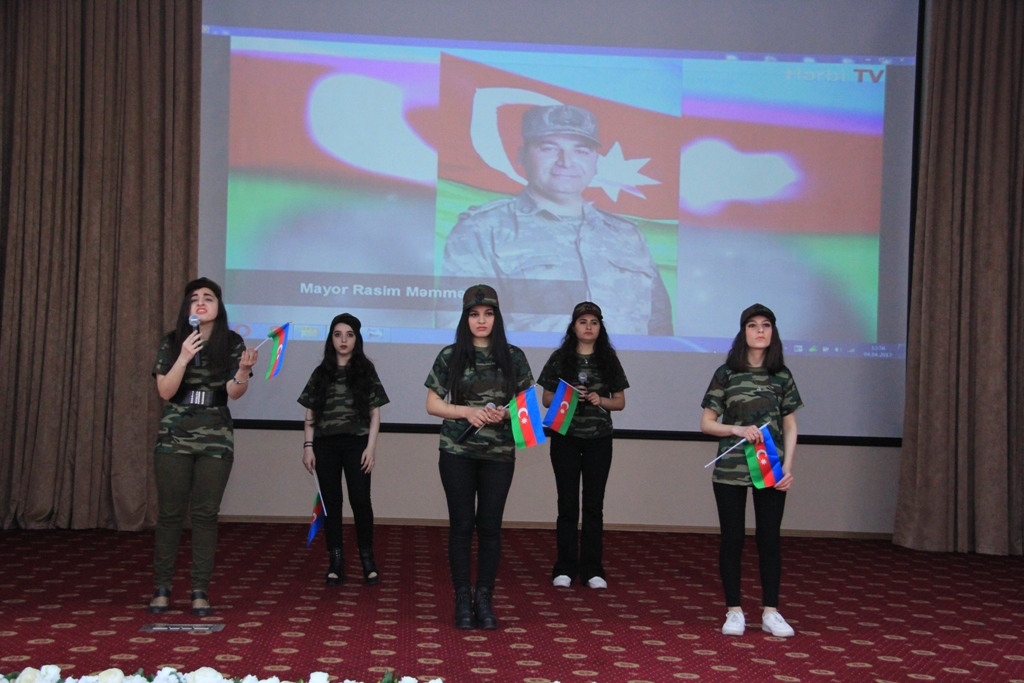 On April 4, commemoration ceremony “Our army is bulwark of our motherland” dedicated to the anniversary of martyrs who died at April 2-6 battles last year was held at Baku Slavic University (BSU). At the beginning of the event memory of martyrs was commemorated with a minute of silence. Then a slide on April martyrs was displayed.

Making an opening speech rector of BSU, professor Nurlana Aliyeva called the events happened on April last year both sad and proud pages of our recent history. She stated that those events proved extremely high patriotic spirit of the Azerbaijani Army: “ We have been once again sure that our army has power to release all our occupied territories in a short period of time by order of Supreme Commander-in-Chief.”

Then N.Aliyeva gave her advice to the young. She noted that there is not any proud word like Motherland and it is as sacred as mother. N.Aliyeva mentioned that prevailing stability in our country was an irreplaceable blessing and it became possible as a result of Nationwide Leader Heydar Aliyev’s far-sighted policy.

Rector of BSU called the young for close unity around President of the Republic of Azerbaijan, Supreme Commander-in-Chief Ilham Aliyev. She advised the young not to follow strange ideology. N.Aliyeva called BSU students to continue the citizenship relay of soldiers protecting motherland with dignity in the front. Rector expressed her proud to soldiers protecting bravely Motherland despite of cold and frost when she was in Fuzuli frontline as a chairman of Women’s Council of NAP after April battles. N.Aliyeva stated that our country shows special trust to the young and gives them the most responsible positions and soon BSU students will also be among them. She advised the young to be loyal wherever they are.

Fourth year student of the faculty of Journalism of BSU, chairman of Young Journalists’ Club Khayal Ibrahimzade who functioned at April battles as an amateur journalist spoke about crushing blows to the enemy by the Azerbaijani army during April battles, braveness of our heroic sons, said that our occupied territories will be released in the near future.

The film “ Fighting diary- Talish” authored by Tofig Shahmuradov was displayed in the ceremony.