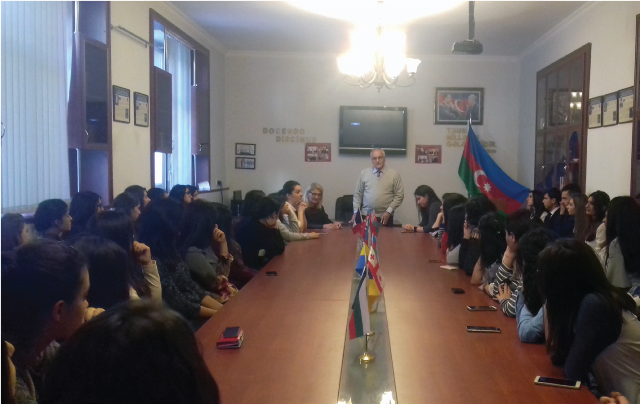 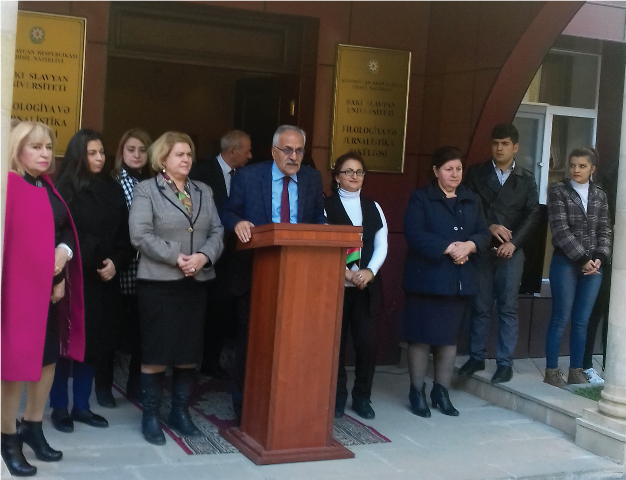 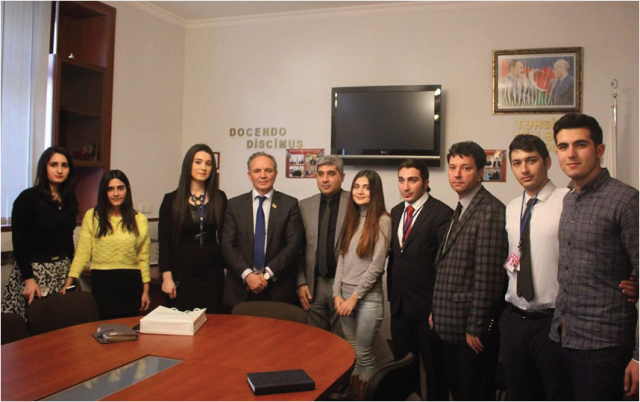 The Faculty of Philology in Baku Slavic University was founded on the basis of the faculty of Russian Language and Literature which has been functioning since 1946 it has come forward with the demand of widening of scientific and practical potentials that caused giving the name of «philology» to the faculty which is distinguished with its scientific activity and high level teaching methods.
Since September 2001 at the faculty the specialist of the Azerbaijani language and literature are trained along with the specialist of the Russian language and literature, the specialist of Roman-German philology have begun their activity since 2008, the journalistts have been trained since 2005.
Nowadays faculty of Philology and foreign language teaching is one of the prominent Russian language and literature study centers in CIS. Generally, the faculty is considered the main linguistic center of the country. At the faculty the fundamentals of philology, its modern problems, as well as problems of Azerbaijani and Russian linguistics, literature study and comparative literature are studied and taught.
The special to the students attention of the faculty is focused on the giving high level education, to the students growing up a civil society, arranging interesting and meaningful spare time for students.