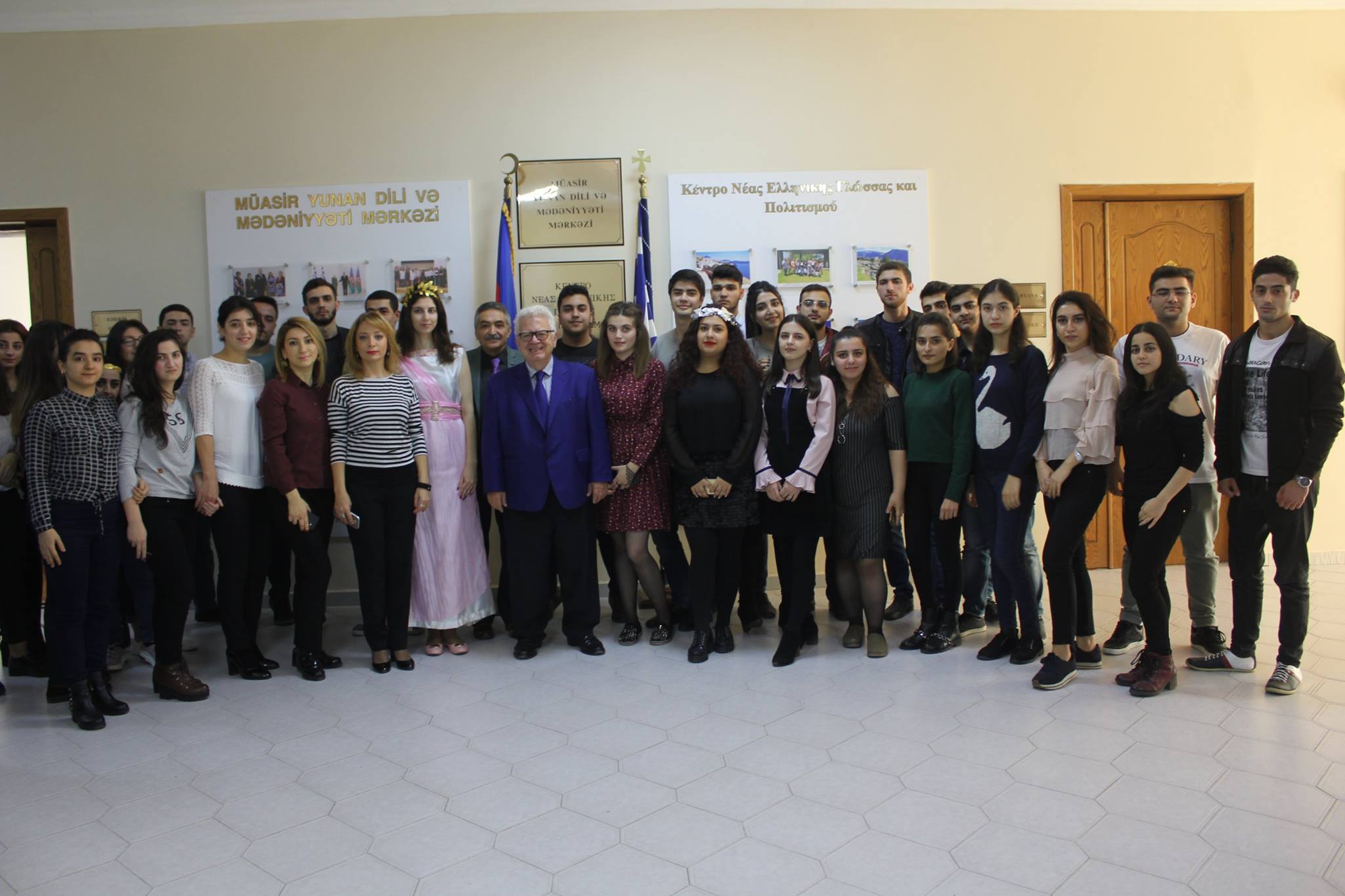 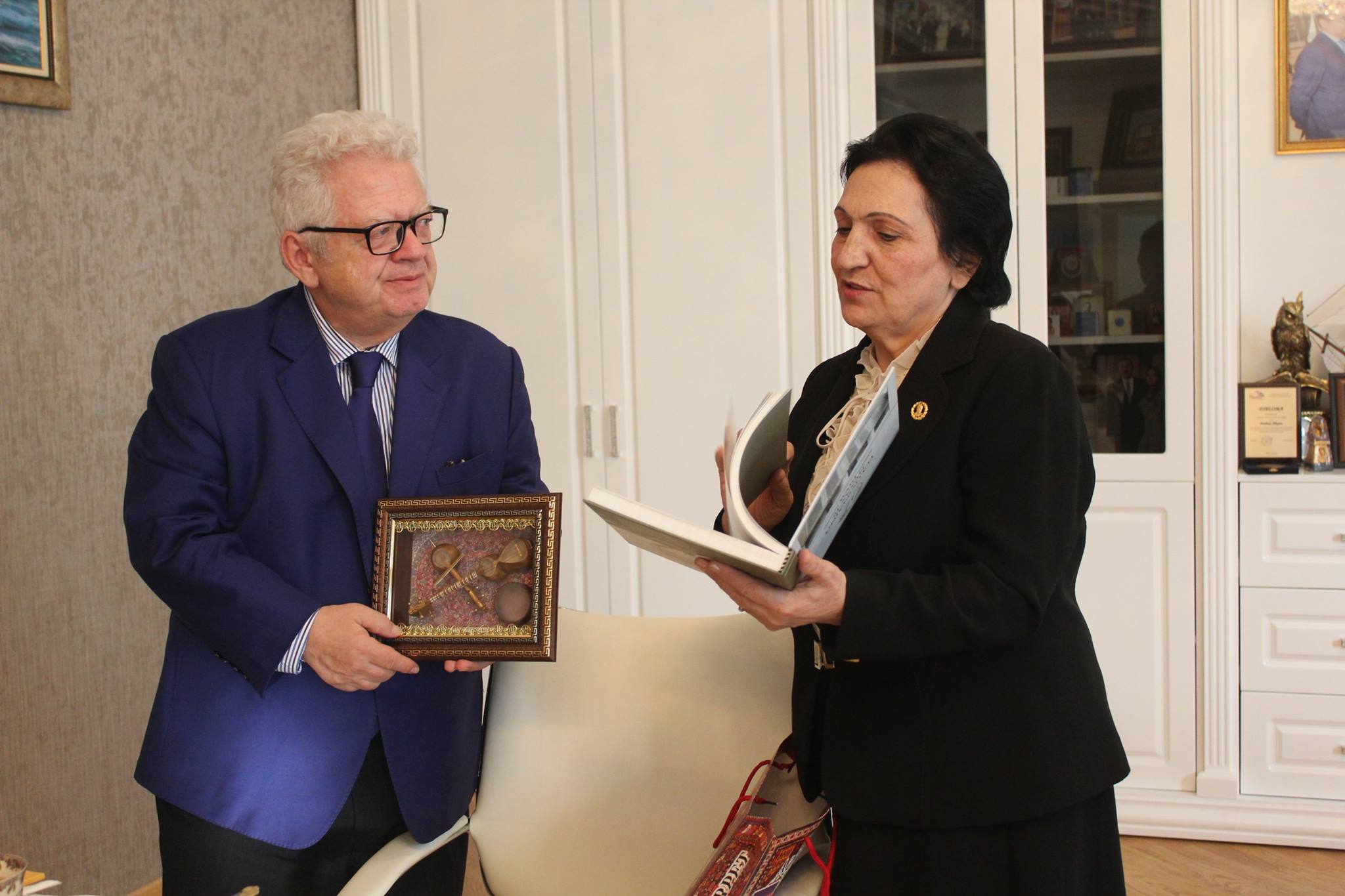 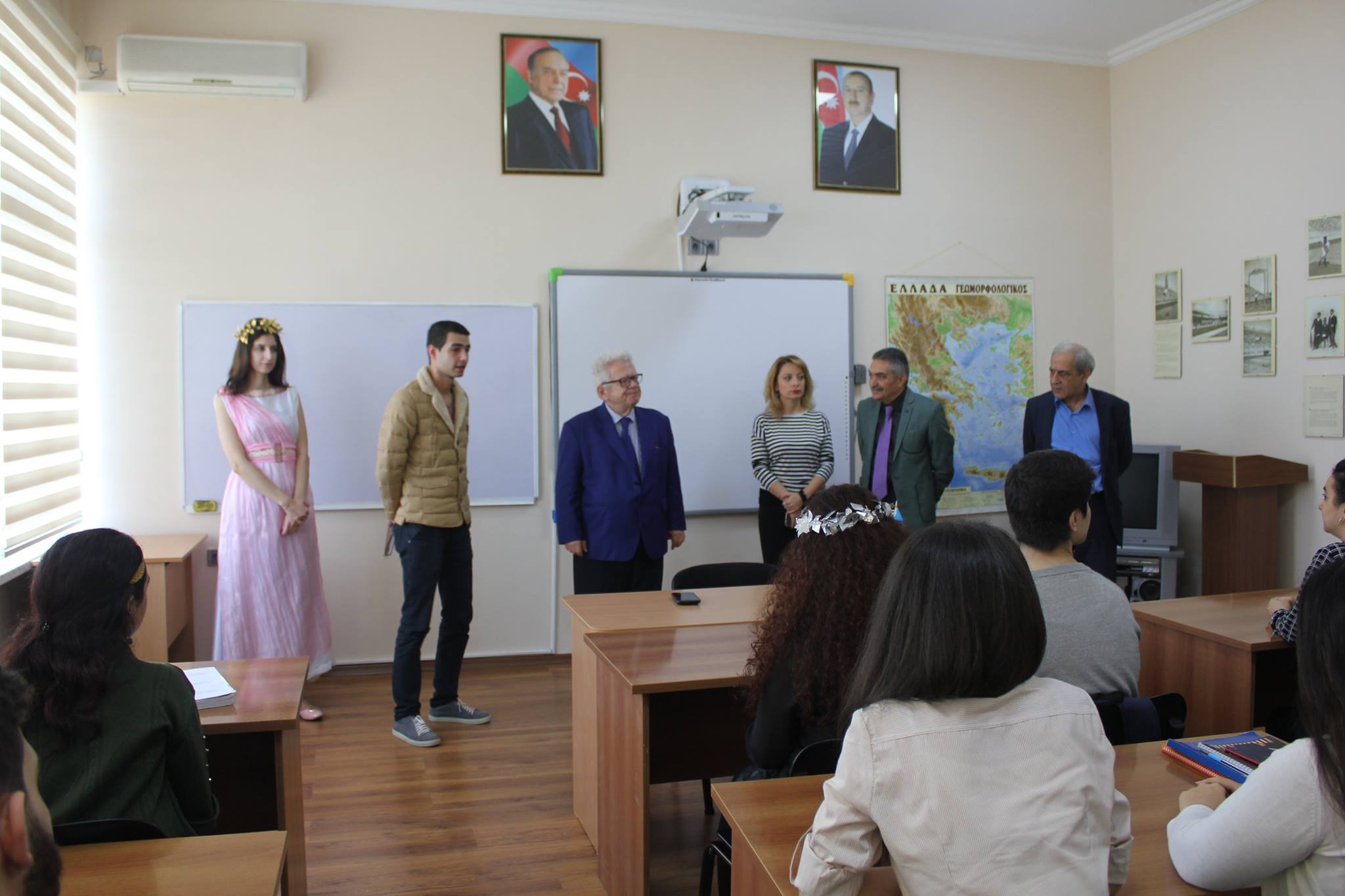 On November 21, Extraordinary and Plenipotentiary Ambassador of Greece Republic in Azerbaijan Nikolaos Kanellos visited Baku Slavic University. The guest met with students studying Greek language at the Center for Contemporary Greek Language and Culture at BSU and had a talk with them. Ambassador talk about his life, diplomatic activity, interest in the art, and gave advice to young people.

Then the ambassador welcomed the rector of Baku Slavic University, Professor Nurlana Aliyeva, saying that Greece and Azerbaijan have always friendly and brotherly relations. Noting that the ambassador is well aware of his long-term diplomatic mission, he has long been representing Greece in different countries, as well as a talented artist and art figure. The rector said the Center for Modern Greek Language and Culture operates at Baku Slavic University, where 46 students have learned the language, history, culture and ethnography of the ancient people.

Aliyeva underlined that Greece was recognized in the world by its scientists and philosophers, literary and art figures from the earliest times of history. She said that Homer's "Illiada" and "Odyssey" were taught at secondary and high schools of Azerbaijan, and were always read with great pleasure.

The BSU rector said that history of independence of Azerbaijan was not long and at the same time stood in the same line with the world's leading states. She noted that BSU had close ties with many universities in Greece, exchanged student and teacher, and actively participated in the Embassy hours at the Baku Slavic University. At the same time, the embassies of many countries held their anniversary events in BSU. She noted that the presidents of Russia, Belarus, Ukraine and other countries were guests at the Baku Slavic University and met with students. Noting that they are ready to host events that the Greek Embassy in Azerbaijan wants to host, and  also expressed her desire to hold an international conference with BSU at one of the Greek universities.

Aliyeva emphasized the commitment of the Azerbaijani people to peaceful and multicultural values and noted that our state is able to repatriate its lands by military means, but we do not want war, we want to resolve the issue through negotiations and bloodshed.

Ambassador Nikolaos Kanellos said that, he was honored to be in Azerbaijan. Although he has been in Baku since September, he noted that he already got acquainted with the basic principles of Azerbaijani education and that he has a progressive system.

The diplomat highly appreciated the presence of the cultural center of 11 countries at BSU, saying that the ambassadors of these countries met in BSU and held a roundtable on "Future of education - future of Azerbaijan". He noted that it was possible to do this directly through the Center for Modern Greek Language and Culture operating in the embassy or BSU.

During the meeting the main details of the event were the subject of discussion and it is planned to be held in February. The ambassador invited BSU leadership to his country. He said the goal was to develop relations between  two countries, as well as to strengthen cooperation in the field of education.

At the end of the meeting, the rector of BSU presented gifts to the guest. The ambassador presented the book consisting of' his paintings, to the university administration.