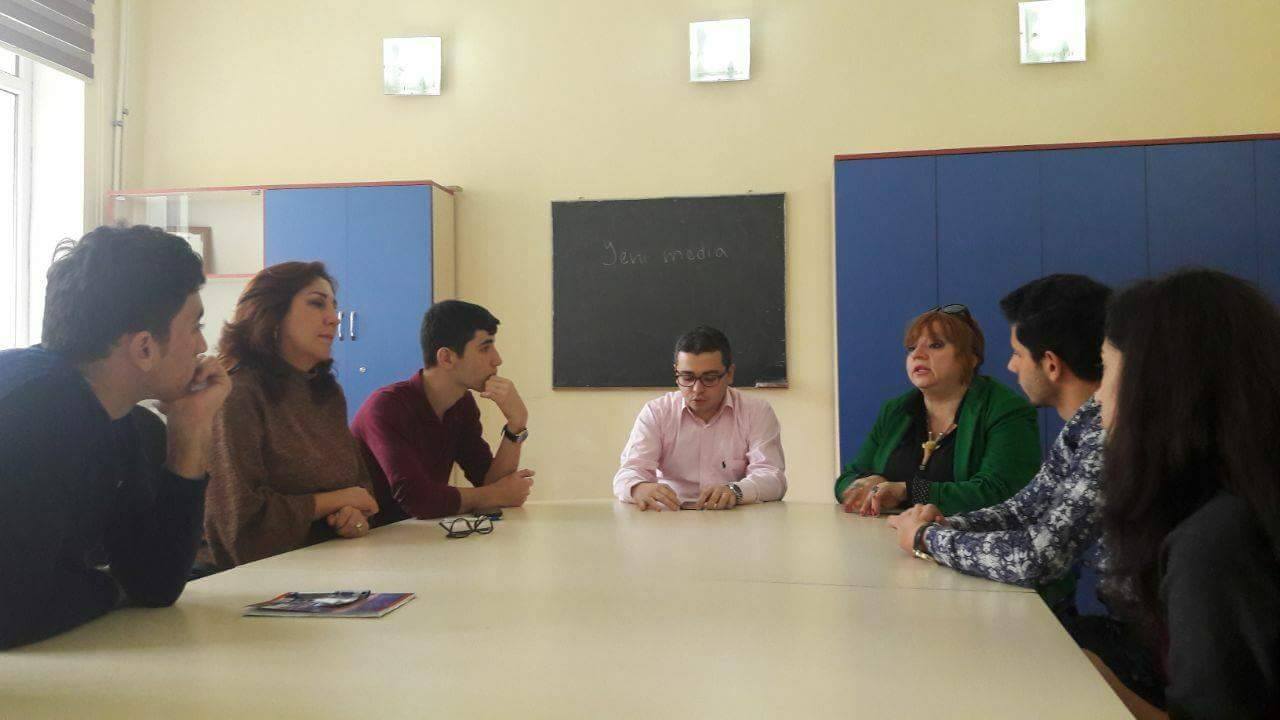 A meeting of studens with the editor -in-chief of the minval.az site Emil Mustafazade  was organized by the Club of Young Journalists. The meeting was held in the faculty of Philology and Jounalistics of the BSU on the 17th of November.

The contemporary position of the Azerbaijan media was the main subject in the meeting. Editor -in-chief of the site shared his experience on new media. His view on the role of online media in society and its effect on the life of people was approved by the students.

Emil Mustafazade gave expanded information to the future journalists about priorities of new media, discussions on filling the gaps in this field, ways of making income on internet media. The guest also answered to a number of questions of students about media.

In the end the head of the Department of Journalistics Shalala Hasanova thanked the guest and highlighted the importance such meeting for studens.