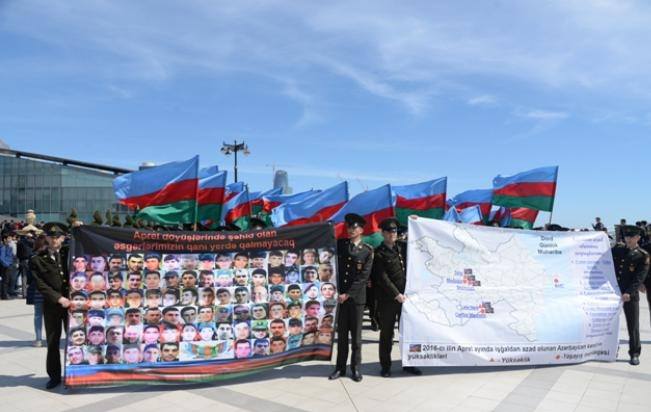 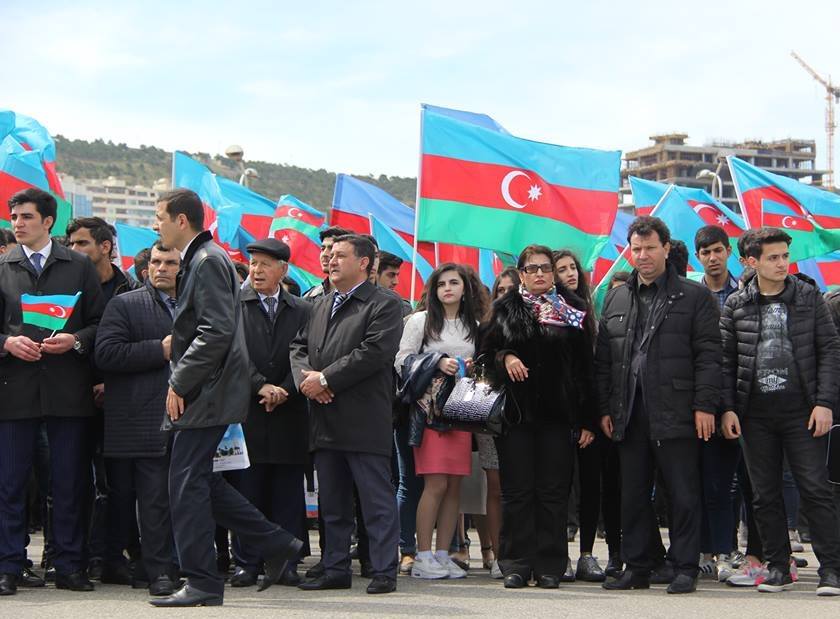 On April 6, grand march with the contingent of teachers and students of several Universities was organized at the initiative of the Nasimi District Executive Power and Nasimi district organization of New Azerbaijan Party.

The march was dedicated to the memory of the martyrs who died at April battles for their native land heroically.

It should be noted that not only teachers of 5 faculties from above mentioned University, but also more than 450 students joined the march under the leadership of vice rector for Educational affairs of Baku Slavic University Khanim Sultanova. Taking a start from the location called “Clock tower” situated in the National Park at 12.00 the march continued to the Flag Square. Students of Military medical faculty of Medical University and students from other Universities sang the famous song   “Brave soldier stay stronger” in the spirit of patriotism waving the tricolor flag of Azerbaijan in their hands, chanted slogans as “Martyrs never die, motherland is indivisible”, ”Karabakh is ours and will be ours”, ”The greatest soldier is our soldier”.

At the end one of the young who reached Flag Square called names and surnames of some martyrs loudly as if called their commander, and got collective answer “here!” by other young people.

Thus students participating in the march expressed that martyrs would never die and would always be with us. The march ended with the National Anthem of the Republic of Azerbaijan.