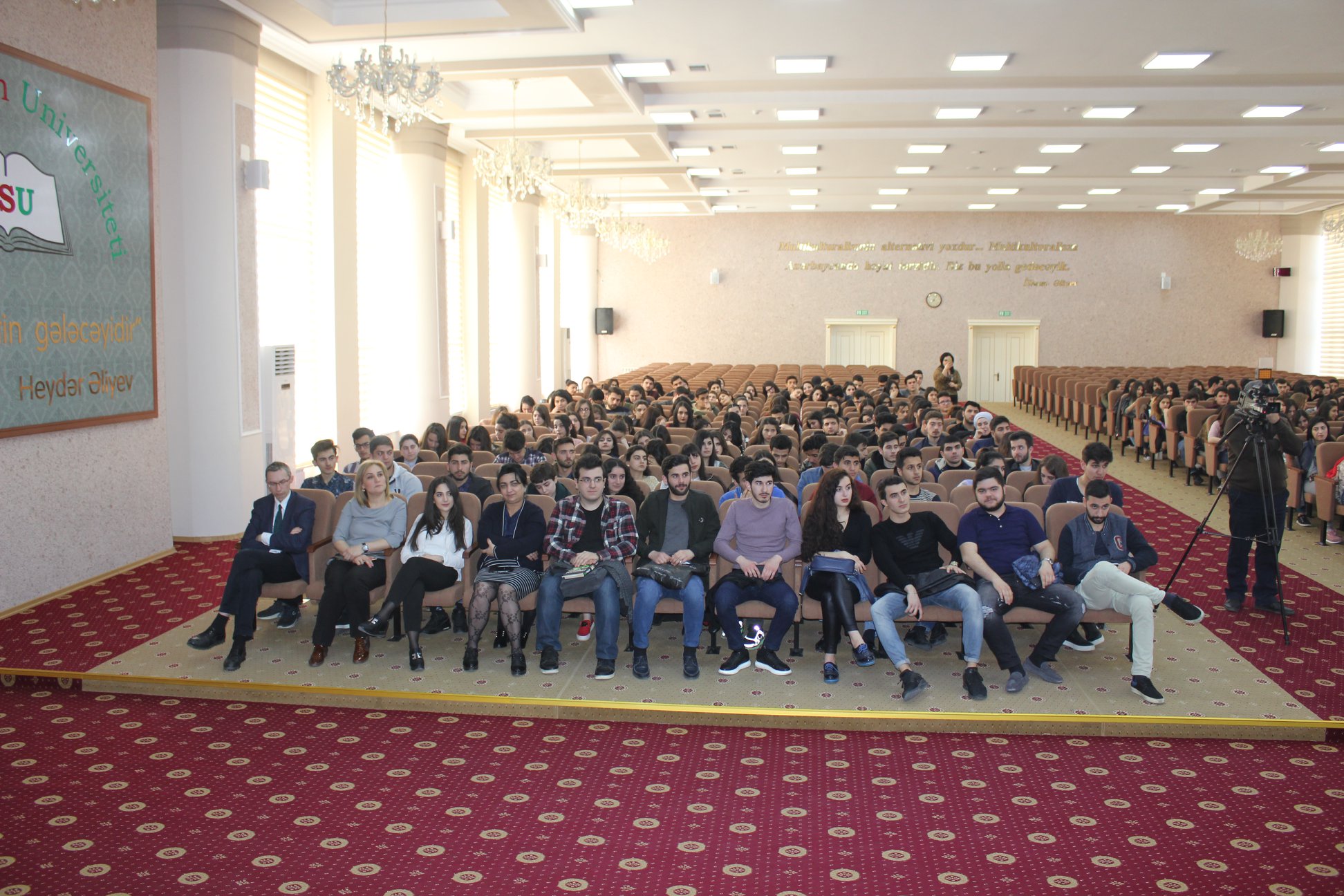 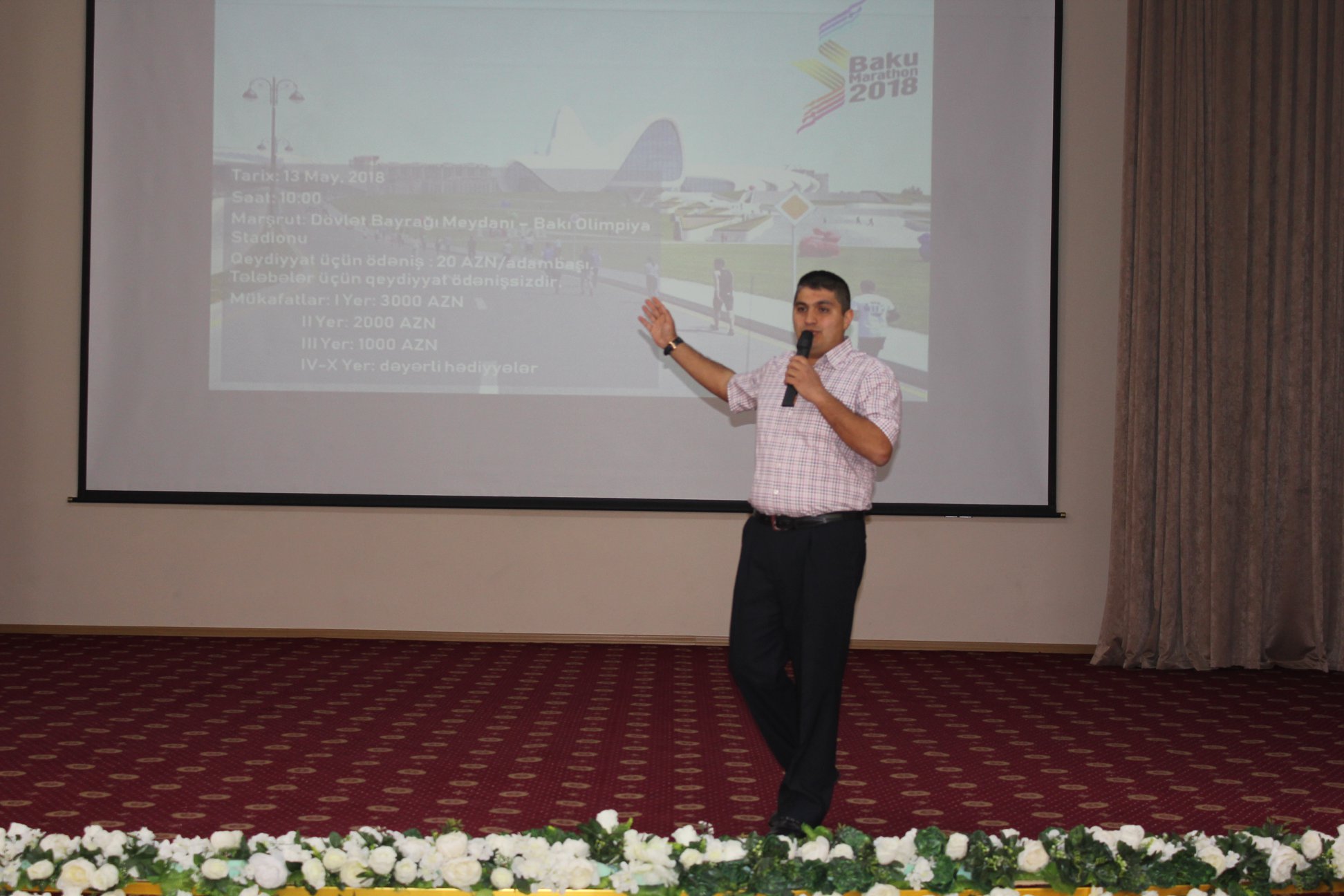 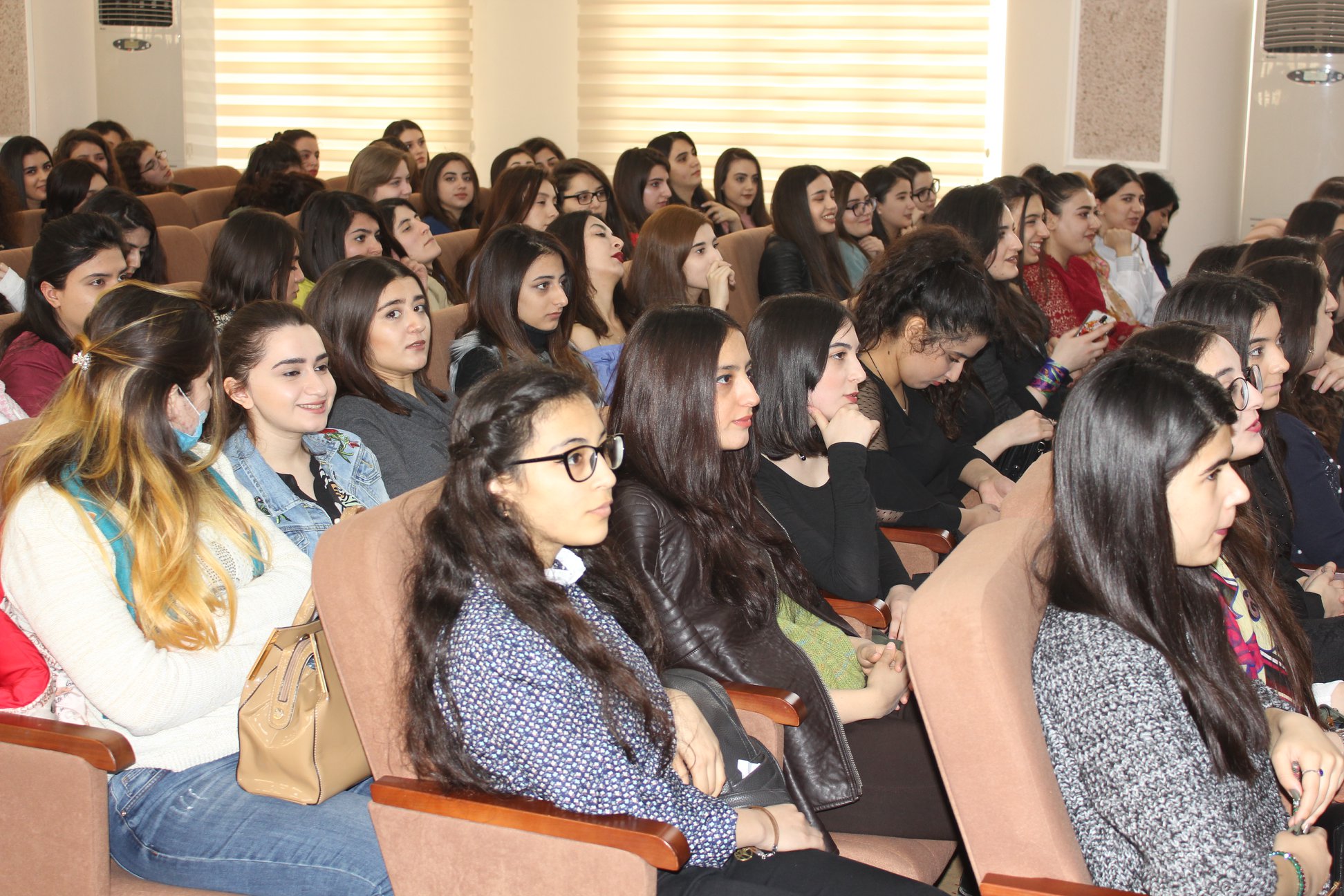 On April 2, Baku Slavic University (BSU) hosted a meeting on the "Baku Marathon - 2018" to be held on May 13 on the initiative of the Heydar Aliyev Foundation. A short video clip about the Marathon was demonstrated at the beginning of the event.
One of the organizers of the marathon, Firdovsi Karimov, talked about the history of the marathon marathon and drew attention to the importance of this march. He said that the "Baku Marathon" held under the slogan "Wing to the wind" is consistently organized for the third year. The main purpose of the marathon is to support the development of sports, to promote healthy lifestyles, to bring people together around good deeds. The funds collected from the "Baku Marathon-2018" will be directed to the project of the Heydar Aliyev Foundation for children deprived of parental care.
Then the students were informed about the place of the "Baku Marathon 2018". It was noted that "Baku Marathon 2018" will cover 21 km from the State Flag Square to the Olympic Stadium in Baku. Anyone over the age of 16 can register before joining the semifinals. According to F.Kerimov, students will not pay for registration during the half-marathon, as the funds are covered by the Heydar Aliyev Foundation.
Let's note that the marathon will be organized with the support of Seaside Boulevard Department, Baku Olympic Stadium. The project will be implemented by the company Sport Marketing Group (SMG).