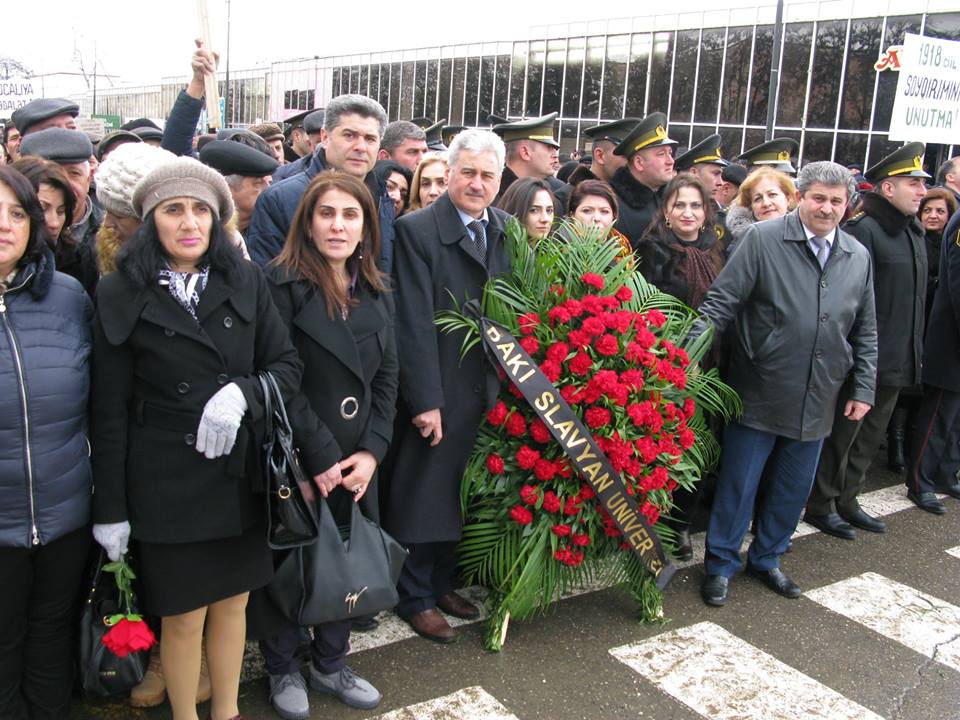 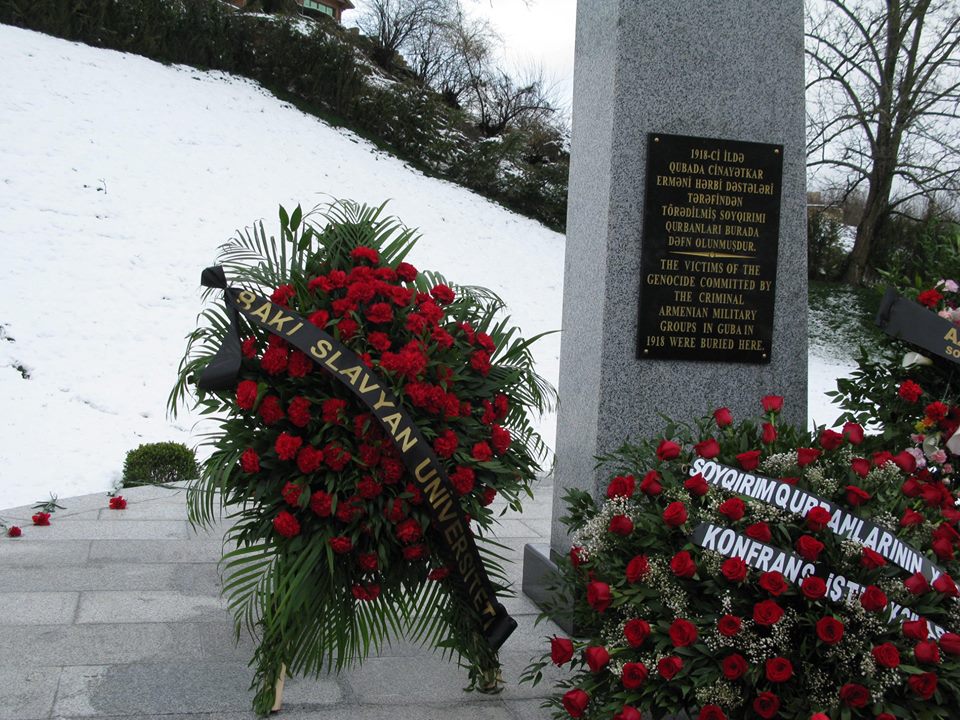 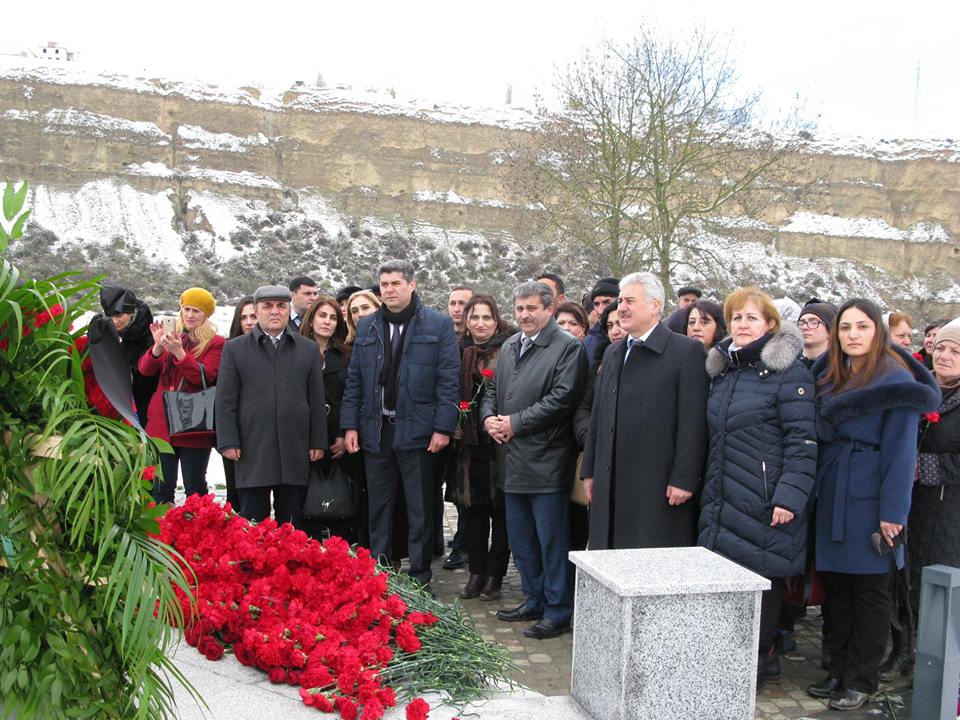 On the initiative of the rector of the Baku Slavic University (BSU), Professor Nurlana Aliyeva, a group of BSU employees visited the Guba Genocide Memorial Complex on March 31, 1918, marking the 100th anniversary of the Azerbaijanis' genocide. The event was organized in accordance with President Ilham Aliyev's decree of January 18, 2018 "On the 100th anniversary of the 1918 genocide of Azerbaijanis".
The next meeting of the Scientific Council of BSU International Relations and Regional Studies Faculty dedicated to the 100th anniversary of the genocide of Azerbaijanis was held at the Guba Genocide Memorial Complex. Dean of the Faculty of International Relations and Regional Studies, associate professor Shirinbay Aliyev said that the Presidential Decree "On 100th anniversary of the 1918 genocide of Azerbaijanis" was expressed as a whole. The document reflects the fact that the events of the twentieth century were characterized by genocide, deportation and ethnic cleansing. Sh.Aliyev called the massacre of Azerbaijanis, repressions, deportation and deportation from their homelands from the most terrible tragedies of the twentieth century. He said that the main purpose of the brutal massacre committed by the Dashnak-Bolshevik unions in different regions of Azerbaijan in March-April 1918 was to eradicate the land of Azerbaijan as a national ethnos and to gain access to their historical lands.
Professor Habil Mammadov, head of the International Relations Department, emphasized that the policy of genocide against the Armenians against Azerbaijanis has been continuously staged. He also said that Armenians actively participated in the repressions of 1937 and they acted on the basis of a thought-provoking plan against the Azerbaijani intelligentsia. Having called the deportation of 1946-1948 as another form of genocide, Mammadov noted that many people were killed in these incidents. He said that hundreds of thousands of Azerbaijanis have been killed since the tragedy, mosques, cemeteries destroyed, villages and settlements have been demolished.
After the meeting, the staff of the BSU joined the march from Guba branch of the Azerbaijan State Pedagogical University to Gyumri, Memorial Complex. They laid wreaths and flowers in front of the monument erected in memory of the victims at the Guba Genocide Memorial Complex.
Then, the leadership of the Guba Genocide Memorial Complex familiarized BSU with the complex with the use of modern technology installed in the complex, covering genocide facts in different regions. In addition, visitors watched a photo exhibition titled "March 1918 genocide by the eyes of Belarusian photographer Lev Dashkevich" and a book exhibition dedicated to the genocide of Azerbaijanis by the Institute of History of ANAS. BSU employees participated at the Republican Scientific Conference dedicated to the 100th anniversary of the 1918 genocide of Azerbaijanis at the Guba Genocide Memorial Complex.