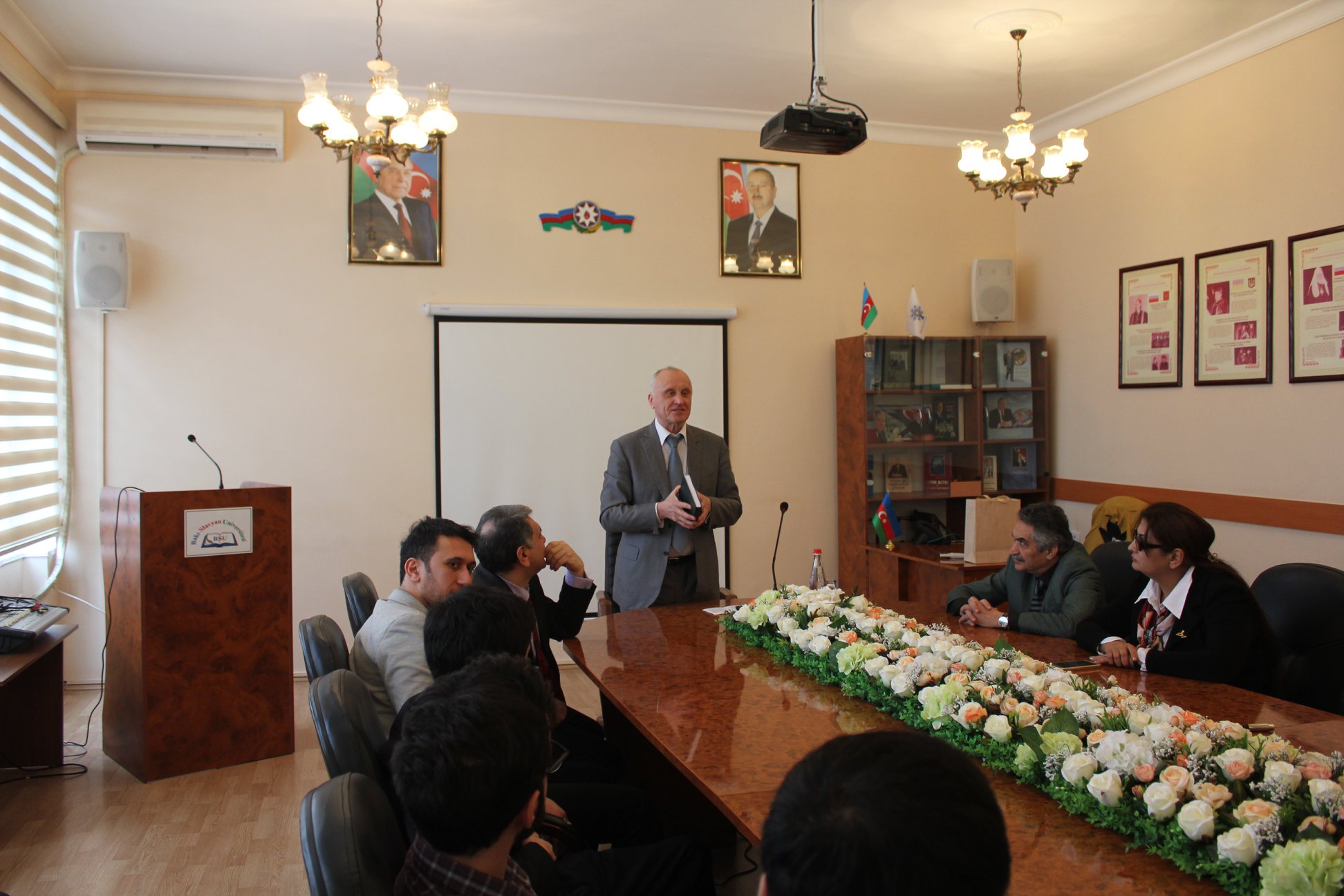 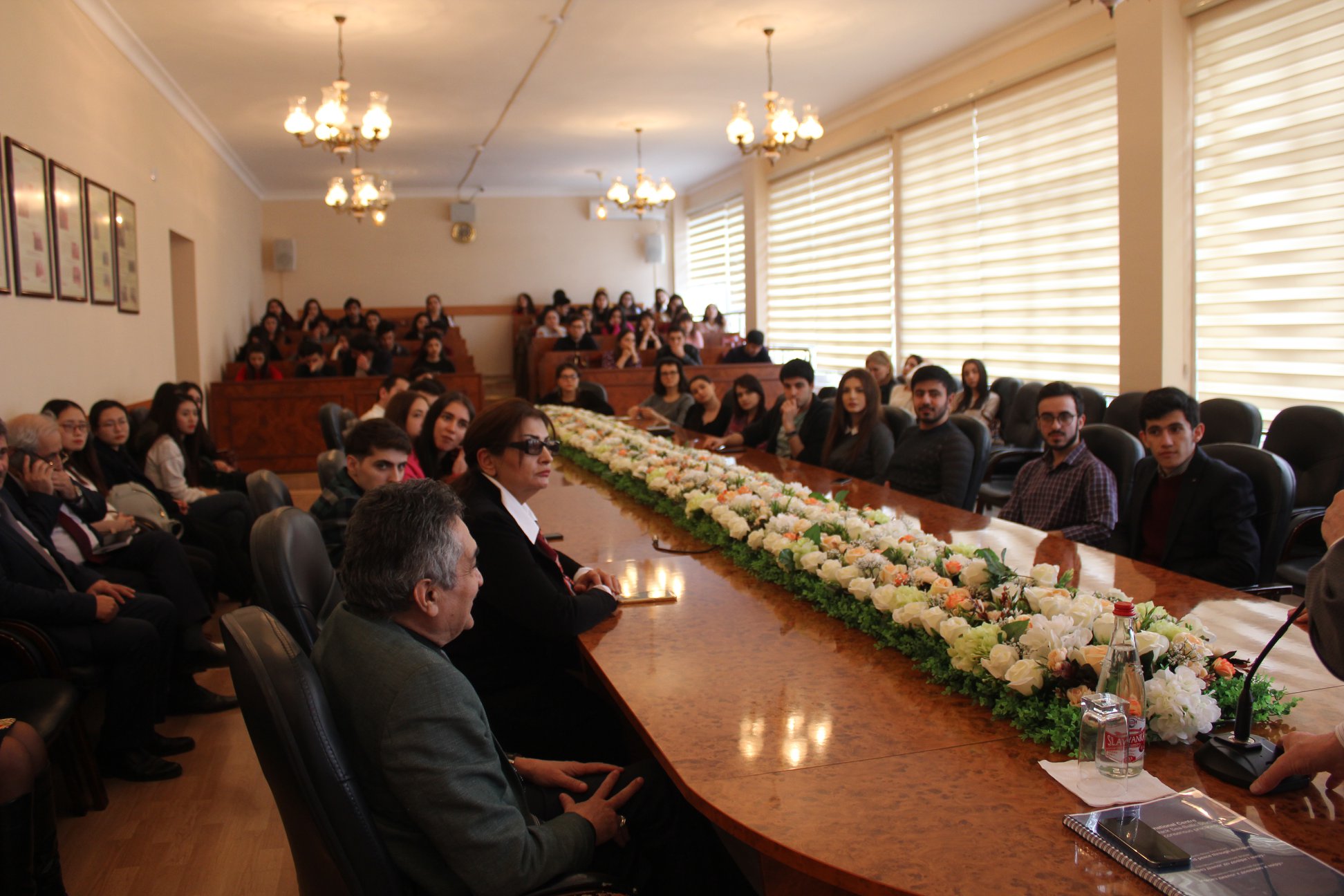 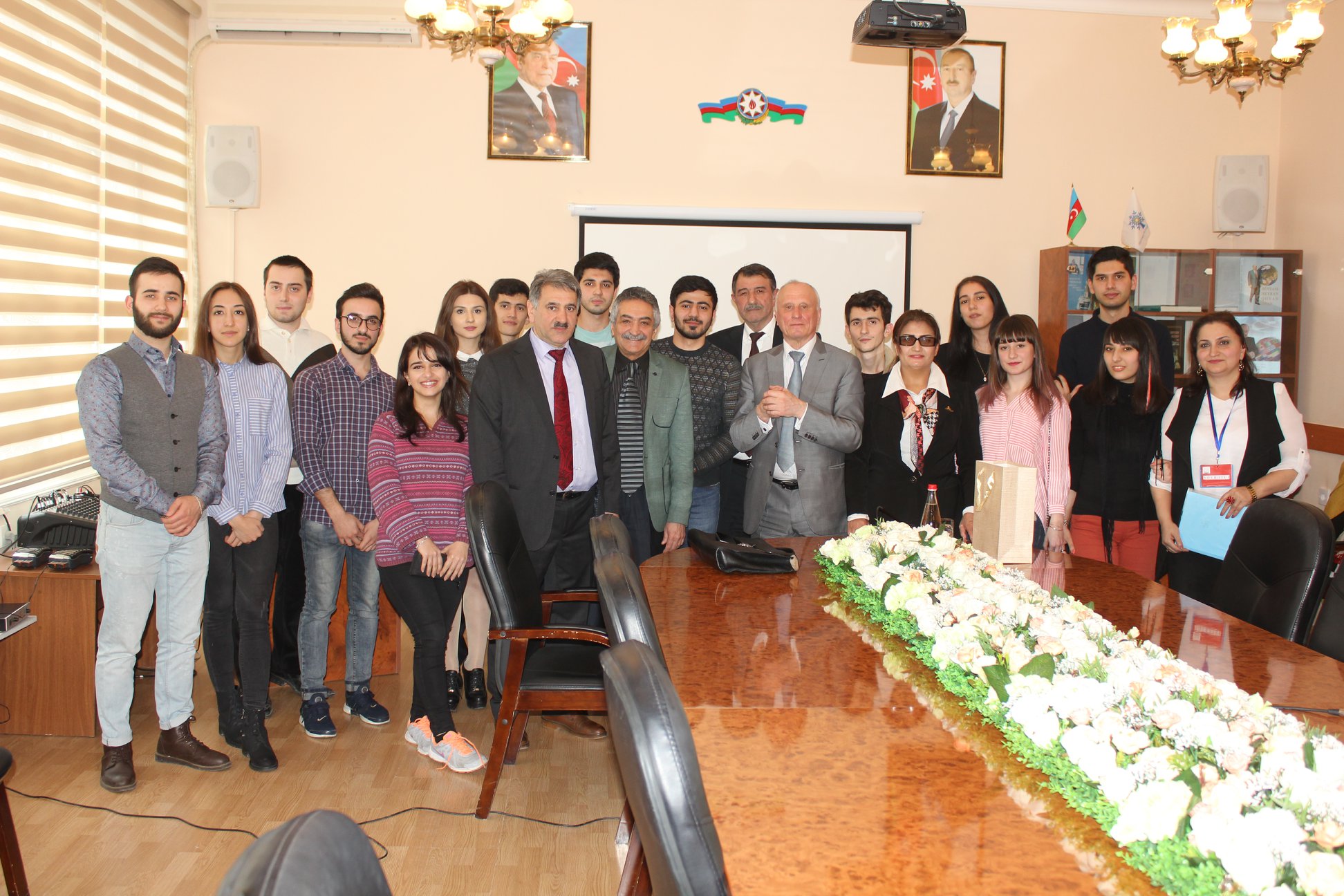 On March 16, Russia's prominent party and statesman, the first and last Secretary of State of the Russian Federation, and the Head of the Department of Political Science and Philosophy at Moscow International University, Gennady Eduardovich Burbulis, visited Baku Slavic University on March 16. The guest was welcomed by pro-rector of the university, professor Telman Jafarov, pro-rector on scientific affairs, professor Rafig Novruzov, vice-rector for education Ms. Sultanova, head of international department Ulviyya Abbasova and others.

Vice-Rector for Educational Affairs, Professor T.Jafarov said that in the majority of post-Soviet republics after the disintegration of the USSR, interest in Russian was rising year by year. He emphasized the importance of multicultural values at the Baku Slavic University and emphasized that the education of the students in the humanistic, humanistic spirit is the main goal of the university's teaching staff.

Gennady Eduardovich Burbulis spoke about the invaluable services of national leader Heydar Aliyev in establishing good neighborly and friendly relations between our countries and said that this policy was successfully continued by President Ilham Aliyev today. He pointed out that the representation of the entire Slavic world at BSU was of great importance for Azerbaijan's integration into Europe and its special contribution to the successes achieved. The guest also noted that the Republic of Azerbaijan is currently becoming a political and economic center of relations with the Caucasus and Central Asia. G. Burbulis said that every person in the current stage of science and technology owes concern to our planet: "Dialogue and mutual understanding between nations and peoples is a prerequisite. Cold and hot wars bring humanity into a catastrophe, and no force can be solved by force. "

When signing the USSR's abolition in 1991, he said that his goals were to avoid cold war, conflict in the modern world. He noted that the empire period had already ended. At the same time, the political scientist noted that the world was rather complicated and multiethnic instead of being one-on-one.

At the end of the meeting, G.E.Burbulis addressed students of BSU and spoke about the real situation in the modern world, memories of the Secretary of State and answered the questions.