International event held at BSU on the Election of the Republic of Bulgaria to the Presidency of the Council of the European Union. 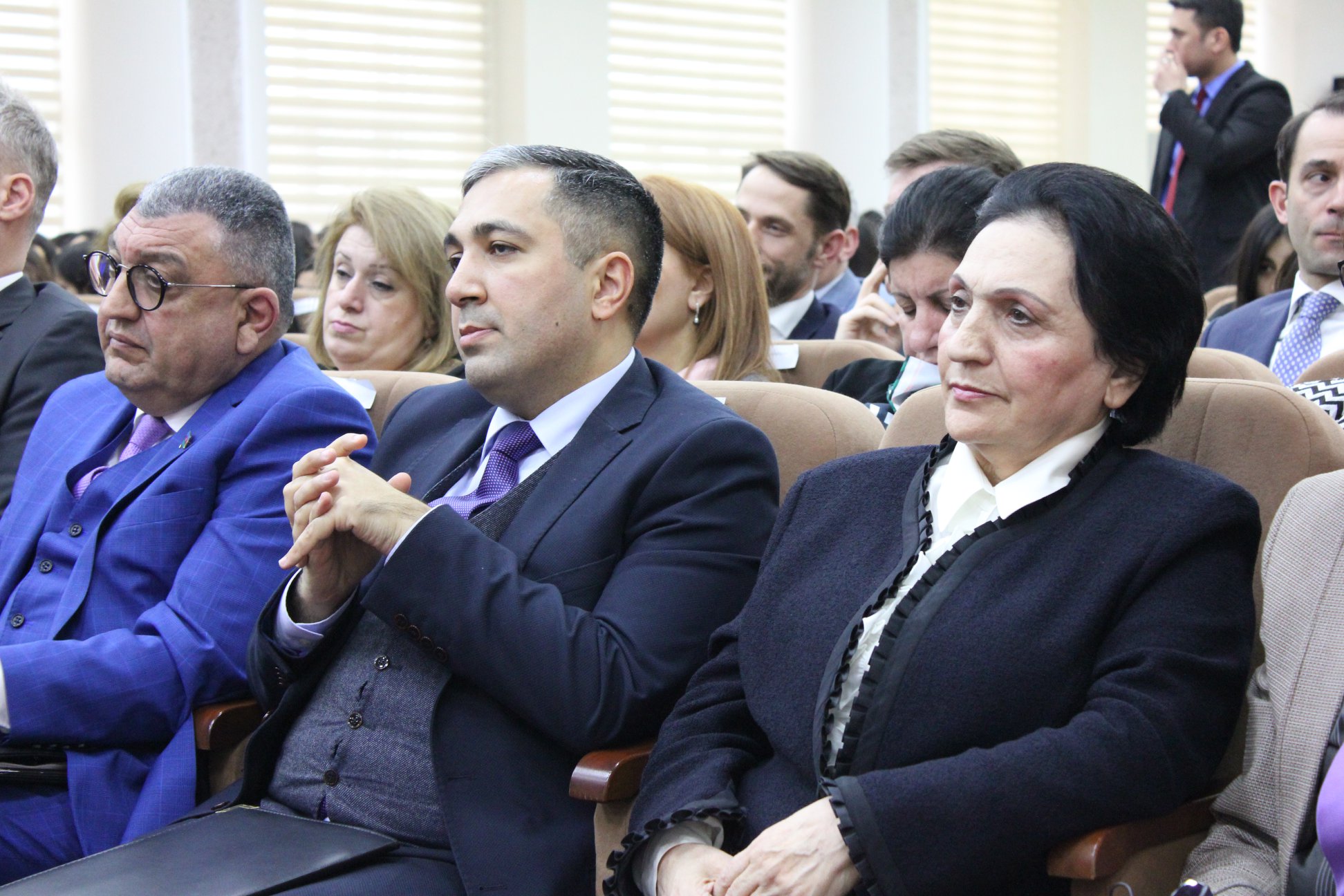 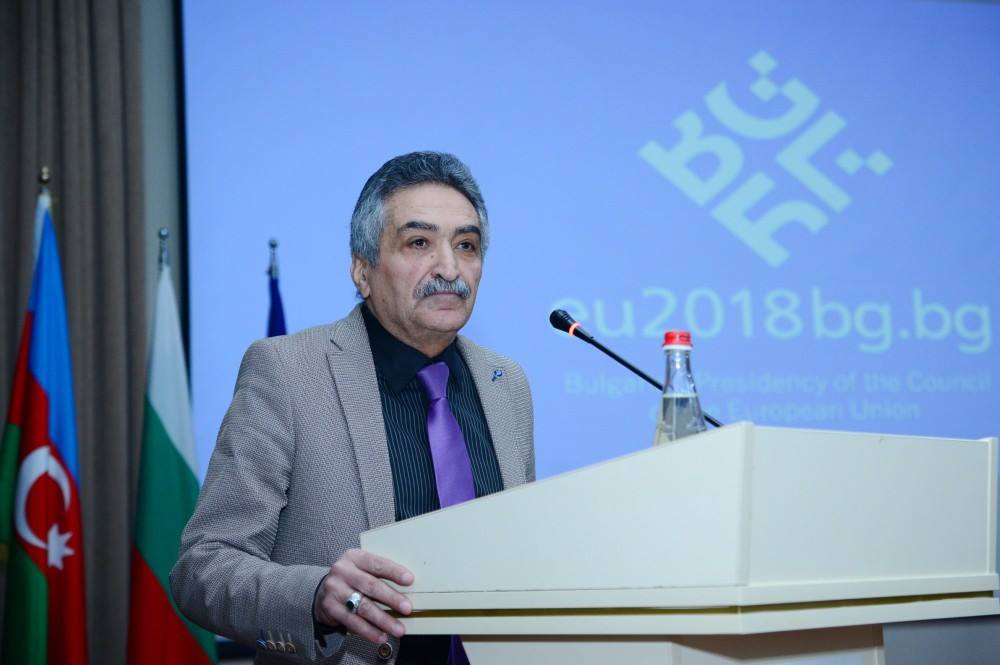 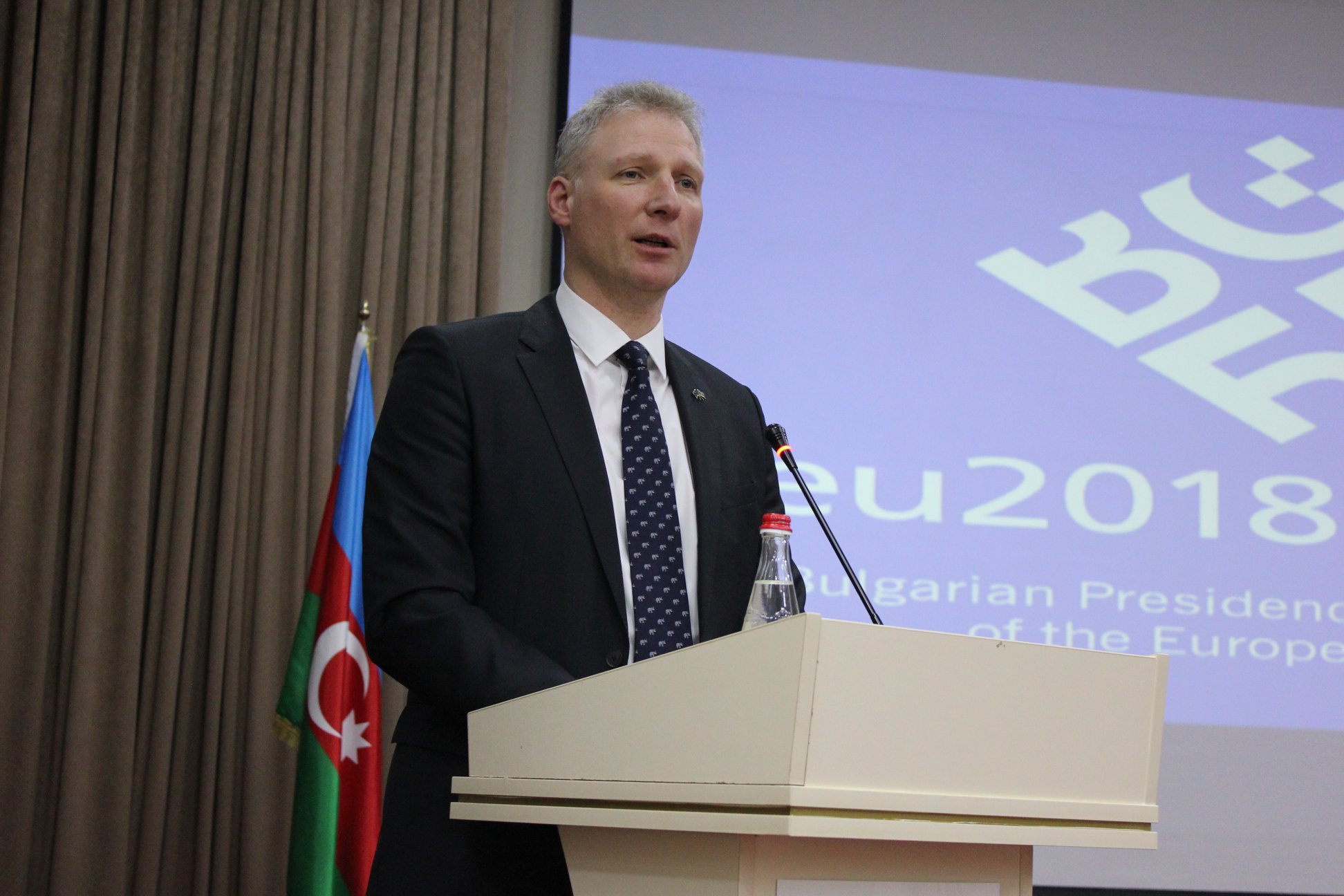 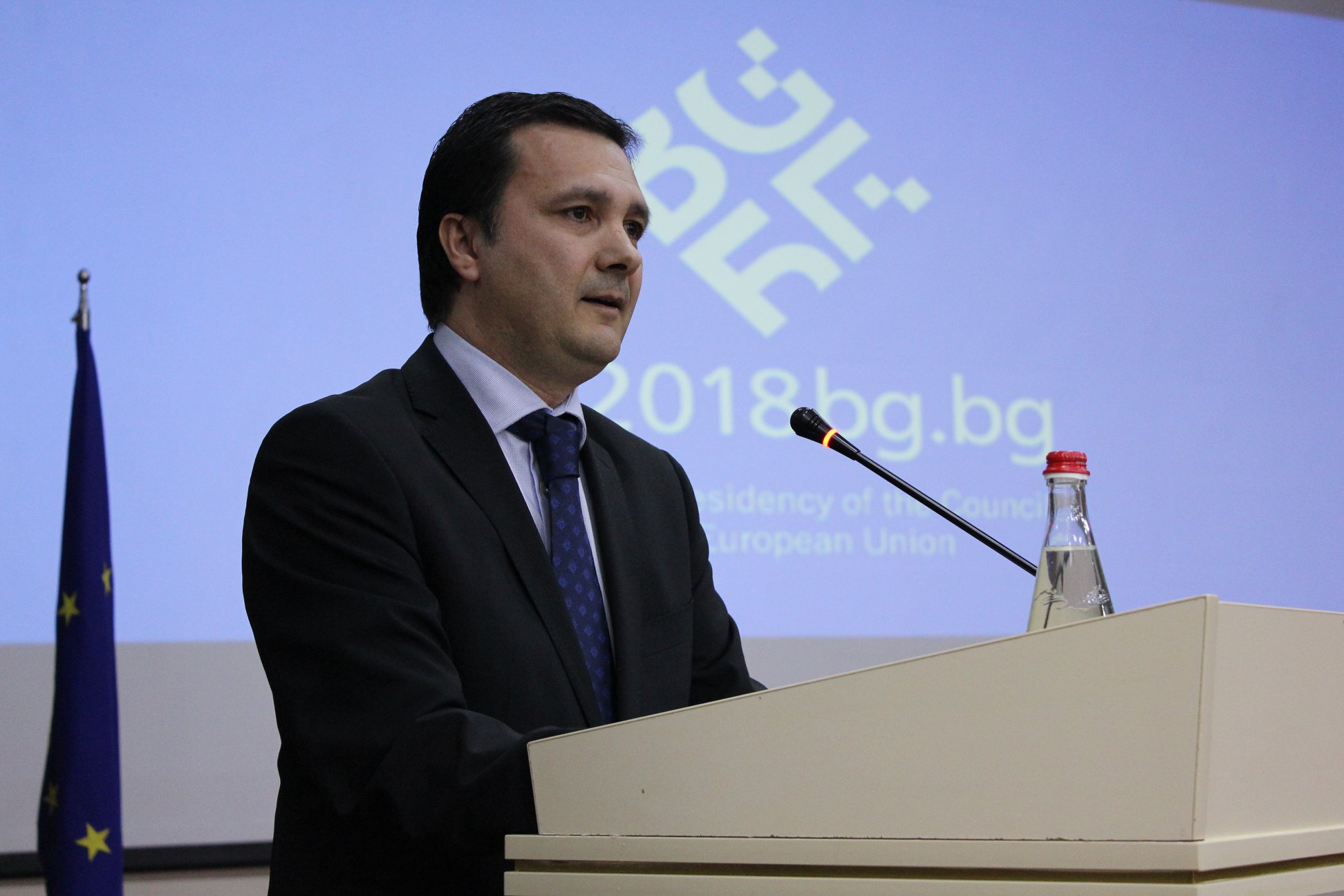 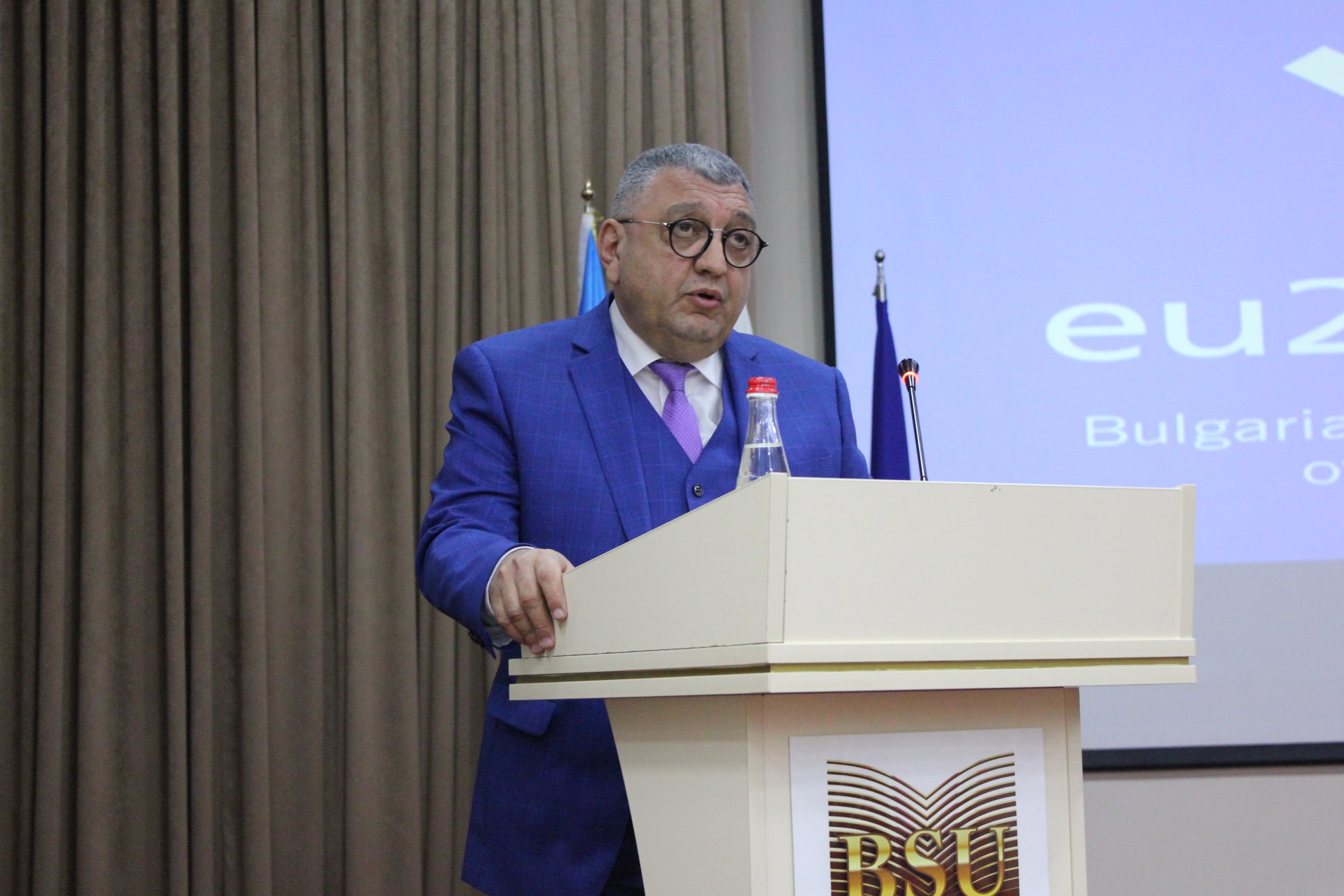 On the 13 th of March, at the Baku Slavic University, the international event was held for the election of Bulgaria Republic a chairman to the European Union Council.At the event Ambassadors Extraordinary and Plenipotentiary of Republics of Austria, Hungary, Turkmenistan, Croatia, Egypt, Greece, Lithuania, Netherlands, Palestinian, Romania, Sweden, Norway, Poland in Azerbaijan, representatives of embassies of USA, Russia, Japan, Moldova in Azerbaijan, European Union, European Council officials have participated.At first the guests have been met with zurna, balaban according to the feast in the foyer of BSU, they watched to the concert of dances of "Arzu" dance ensemble and poetries and songs performed by students.

Then an exhibition dedicated to Yel Charshanba (Wind Tuesday) and Novruz holiday was organized in the foyer. Colourful festive khonchas were presented to the guests. The symbols of Novruz, Kosa and Bahar evoked interest in this event. 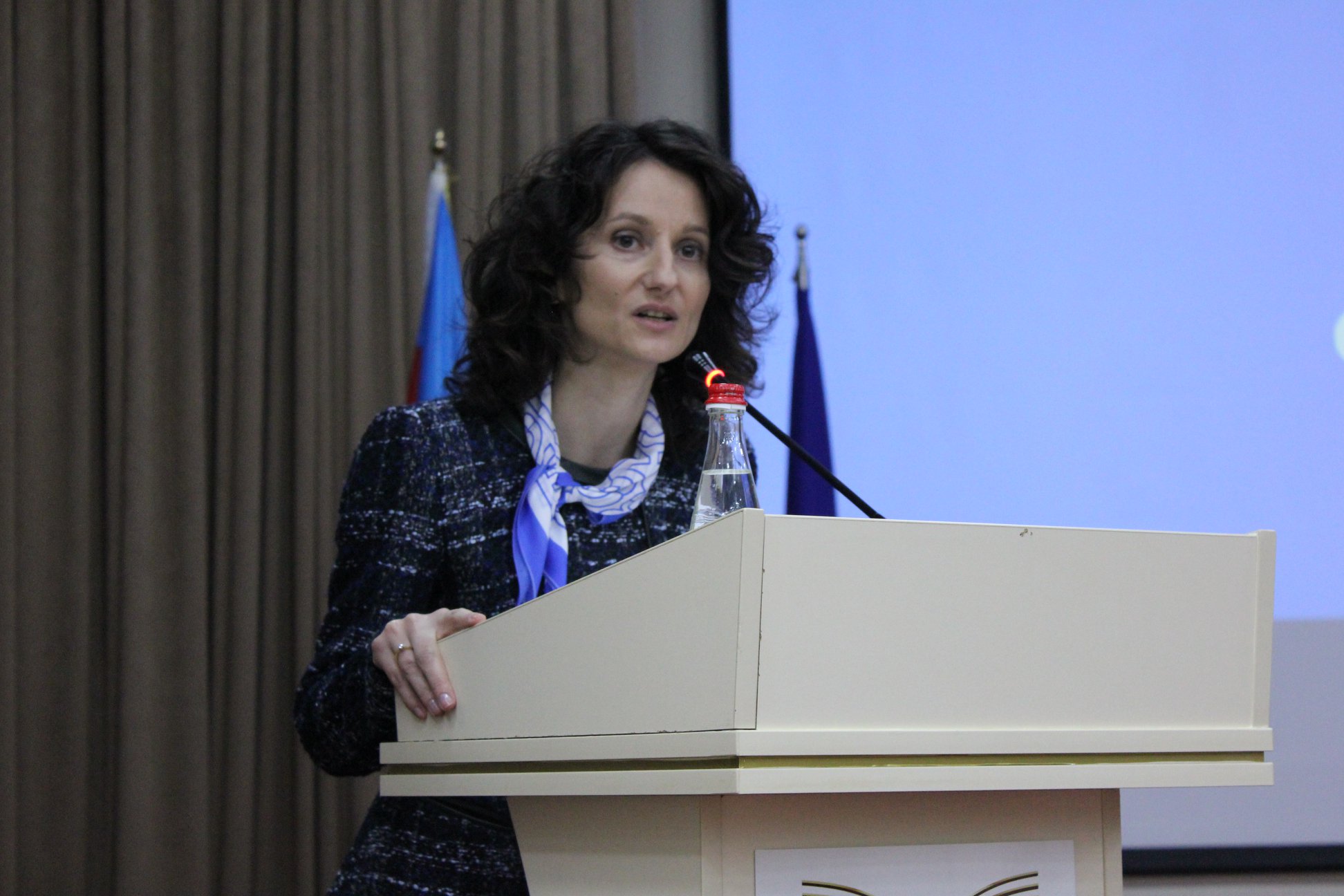 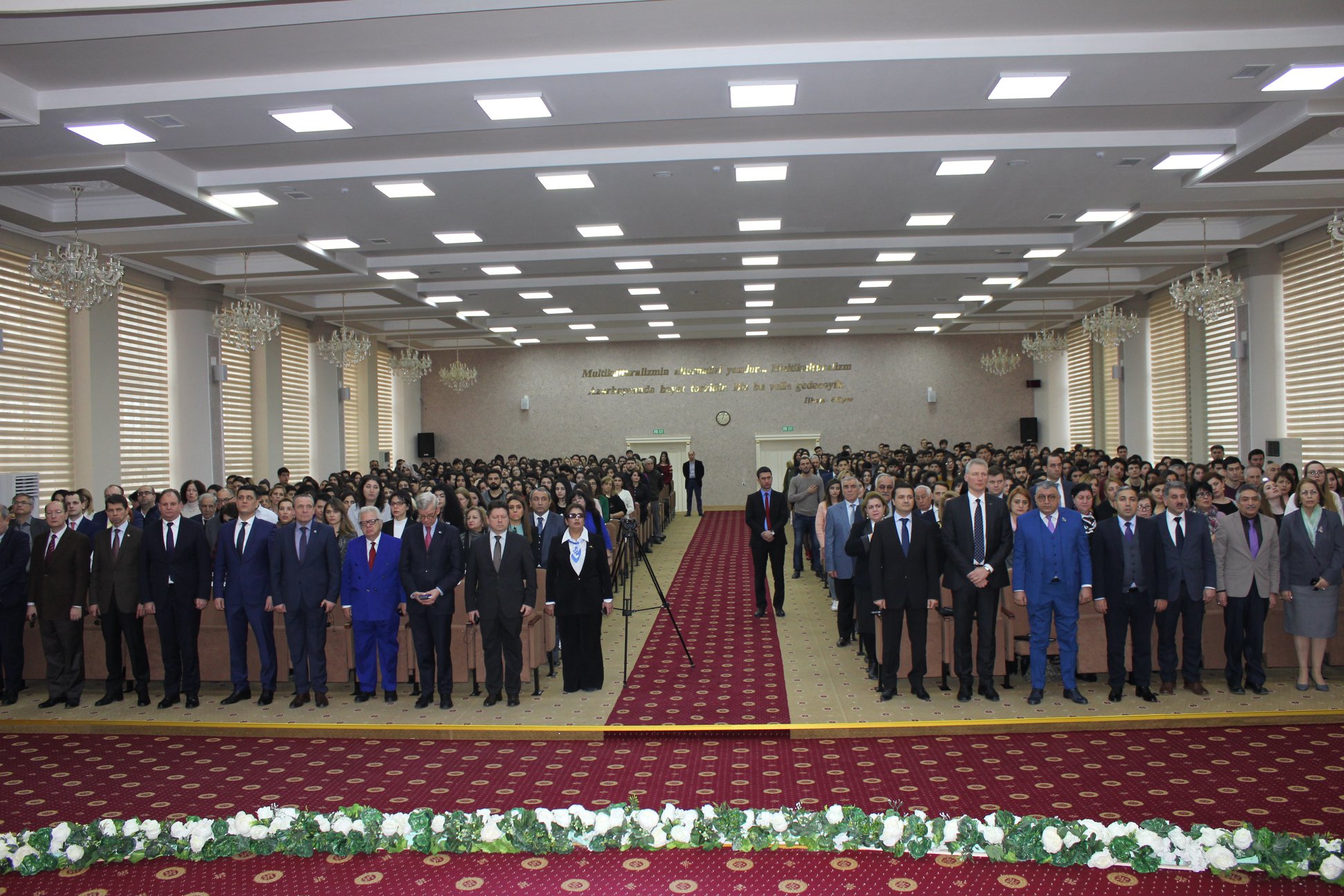 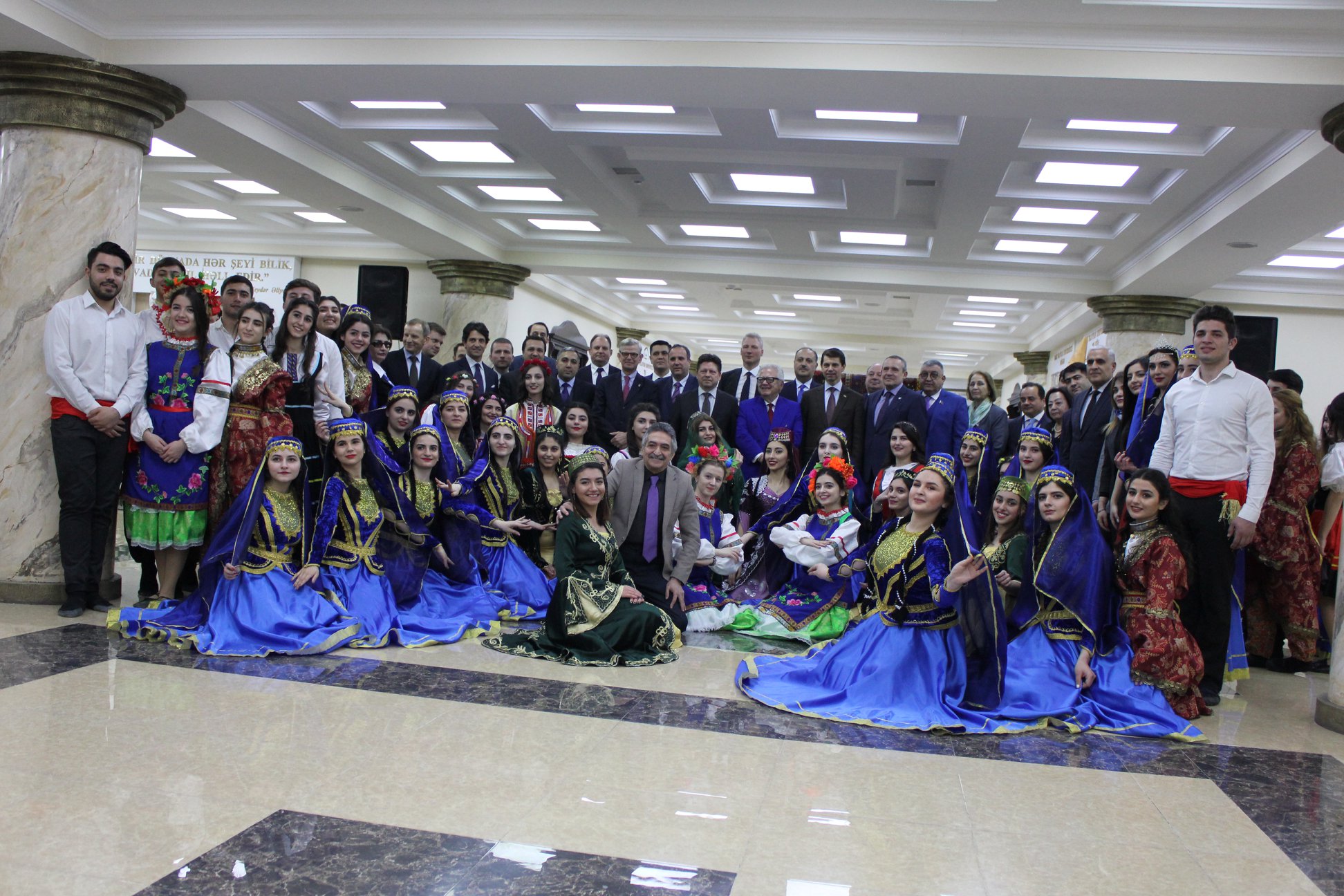 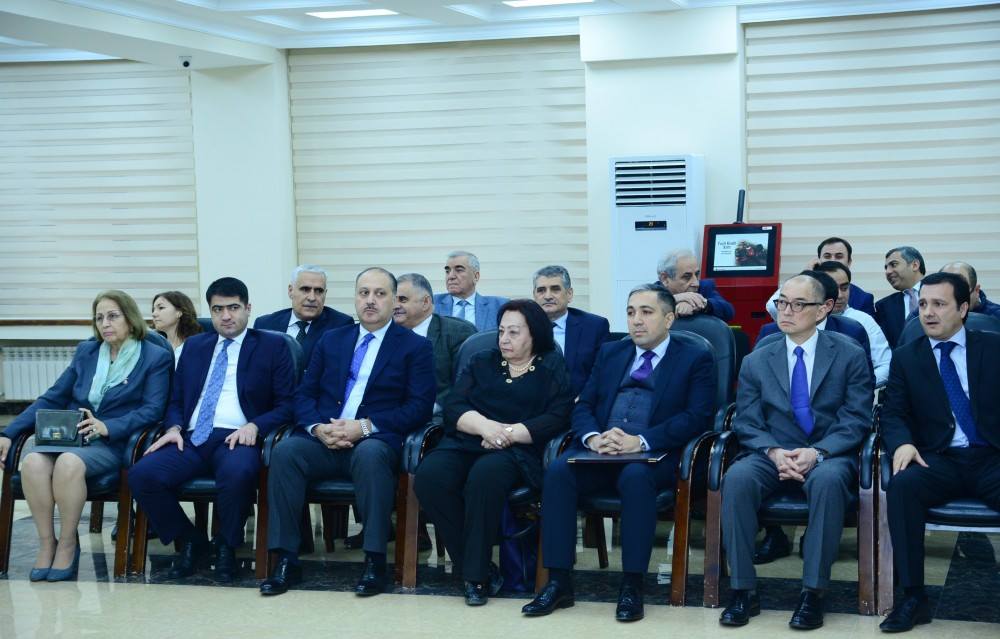 Then the event continued with the official part.

Opening the official part, vice-rector for Scientific affairs of Baku Slavic University, professor Rafiq Novruzov spoke about the 25-year history of diplomatic relations between Azerbaijan and Bulgaria. He stressed that the relations between our countries were even more developed by President Ilham Aliyev and successive serious steps have been taken to bring our peoples closer.

R. Novruzov  gave information about the cultural construction work carried out in various cities of the Republic of Bulgaria on the initiative of the First Vice President of the Republic of Azerbaijan, Mehriban Aliyeva. The professor said that Baku Slavic University plays an important role in the humanitarian relations developed between two countries, including the cooperation between leading Universities of  Bulgaria and BSU. Speaking about the visit of the first vice-presidents of Bulgaria M.Popova, I.Yotova to BSU and the visit of BSU delegation to Bulgaria, Rafiq Novruzov expressed his  proud that BSU hosts today’s event.

On 13 March an international event was held at Baku Slavic University (BSU) on the election of the Republic of Bulgaria to the Presidency of the Council of the European Union (EU). Extraordinary and plenipotentiary ambassadors of Austria, Hungary, Turkmenistan, Serbia, Croatia, Egypt, Greece, Lithuania, the Netherlands, Palestine, Romania, Sweden, Norway and Poland, representatives of the embassies of the USA, Russia, Japan and Moldova in Azerbaijan and the officials from the European Union and the European Council participated in the event. Firstly, the guests were welcomed at the foyer with zurna and balaban relevant to a holiday atmosphere and watched the dances prepared by “Arzu” dance ensemble and the concert consisting of poems and songs performed by students.

Then, they viewed the exhibition dedicated to Yel Charshanbasi (Wind Wednesday) and Nowruz holiday organized in the foyer. In the exhibition various colourful holiday khonchas (tray filled with different sweets and fruits) were presented to the guests. Kosa (thin-bearded man) and Bahargizi (Spring girl) who are symbols of Nowruz made the event more interesting.

It was followed by the official part of the event.

In the introduction of the official part Prof. Rafig Novruzov, Vice-rector of Baku Slavic University on scientific works talked about 25 years of history of the diplomatic relations between Azerbaijan and Bulgaria. He underlined that the relations between the two countries were improved by the President of the Republic of Azerbaijan, Ilham Aliyev, and that successive serious steps were taken in making the two peoples closer.

R.Novruzov gave information about the cultural construction actions taken in separate cities of the Republic of Bulgaria by Mehriban Aliyeva, the first vice-president of the Republic of Azerbaijan. The professor stated that Baku Slavic University played an important role in the humanitarian relations between the two countries and mentioned the cooperation between BSU and advanced higher education institutions in Bulgaria. Referring to the presence of first vice-presidents of Bulgaria, M.Popova and I.Yotova in BSU and the visit of BSU representatives to Bulgaria, Rafig Novruzov noted that BSU was proud of hosting today’s event.

Charge d'affaires of the Embassy of the Republic of Bulgaria to Azerbaijan Yanko Yanakiyev welcomed the guests and touched on the relations between the two countries and today’s real situation. Mentioning the priorities set during the presidency of the Council of the European Union by Bulgaria, Y.Yankiev talked about the existing cooperation between BSU and Bulgaria. Underlining today’s need for more stability in Europe, Y.Yanakiev stated that a unity is the key for reaching the common aims, and this slogan gives a message that Bulgaria will try to maintain the unity among the member states during the presidency: “Bulgaria will take actions in the direction of solving the problems faced by the youth and of environmental safety during the presidency. We will focus on economic growth, social unity and youth development during our presidency”, - he stated. Y.Yanakies said that it was impossible to think about a stable Europe without the energy safety: “The Southern Gas corridor project is necessary in terms of gas supply of Europe, and Azerbaijan is the main mediator in implementing this project”.

Congratulating Bulgaria on theoccasion of  being elected to the Council of European Union as its chairman for the first 6 months, theambassadorsaidthatBulgaria'spriorities as the chairman are of great importance to Azerbaijan: "Inspite of the fact that the reare certain problems in this area, weare confidently moving forward by resolving them, and I think that Bulgaria will do a great job during these 6 months."

Then the speeches made by the head of the Department of Science and Education of the Ministry of Agriculture Namik Mammadov and Milli Majlis deputy Rauf  Aliyev were heard.Speaking about the cooperation between Bulgaria and Azerbaijan in the field of agriculture, N. Mammadov said that trade turn over between Azerbaijan and Bulgariais 35 million and negotiations on the development of relations and increase of trade turn over between the two countries are under way.

The speakers expressed their hope that Bulgaria will find a fair solution to the Nagorno-Karabakh conflict during its presidency of the European Union.

Within the framework of the event video footage about the arrival of Bulgarian representatives to BSU during the last two years was demonstrated and a slide reflecting the Azerbaijani-Bulgarian culture was presented.