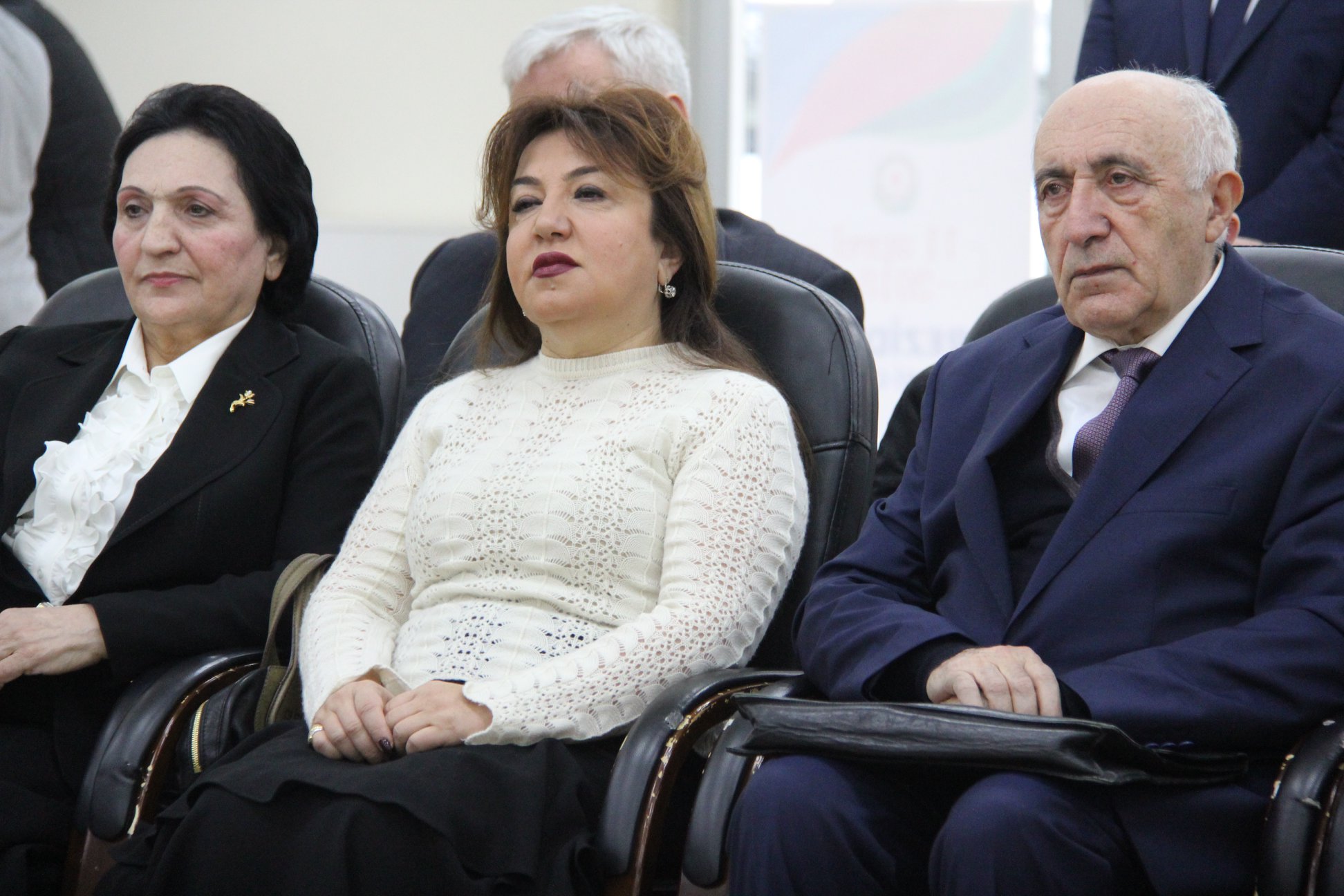 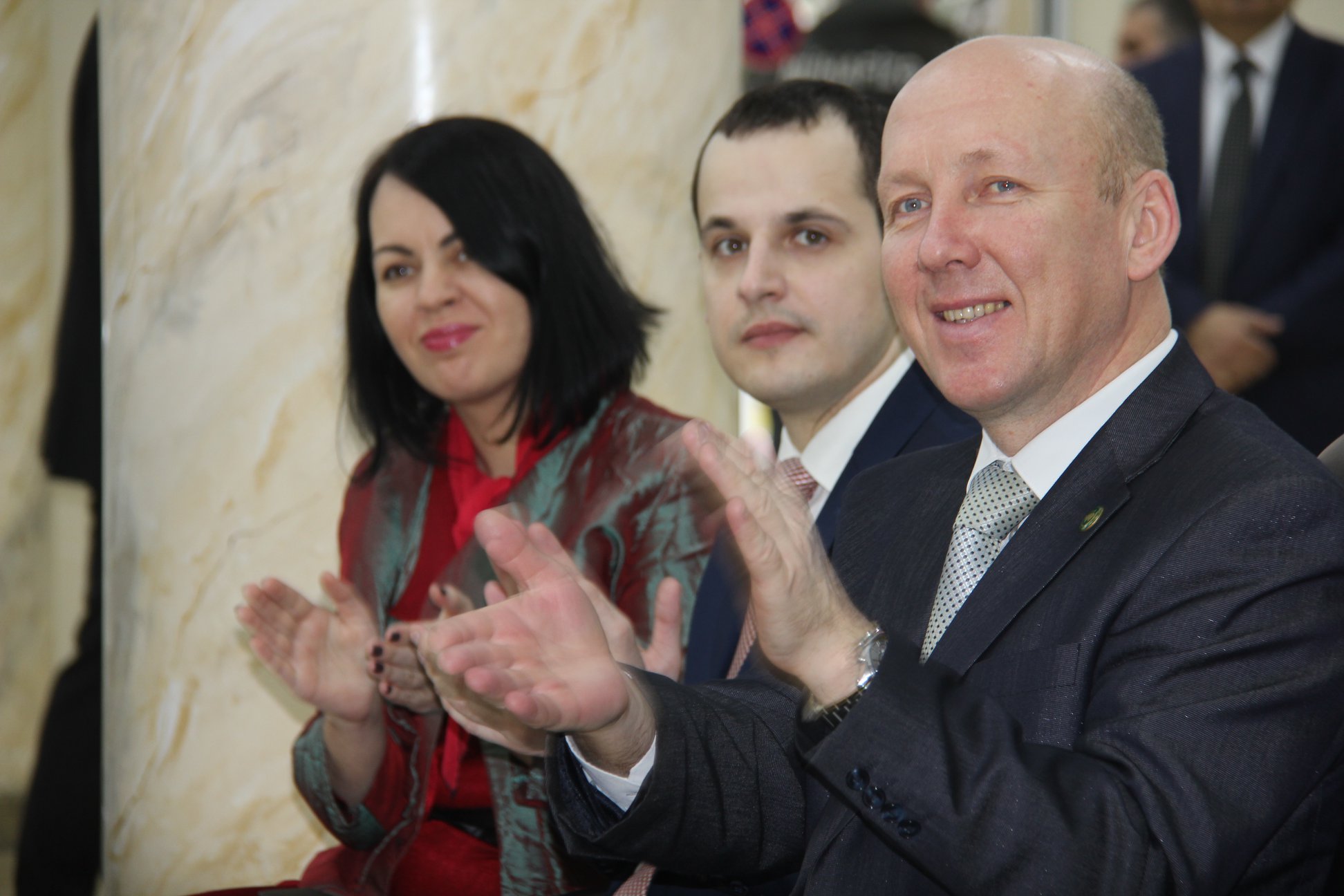 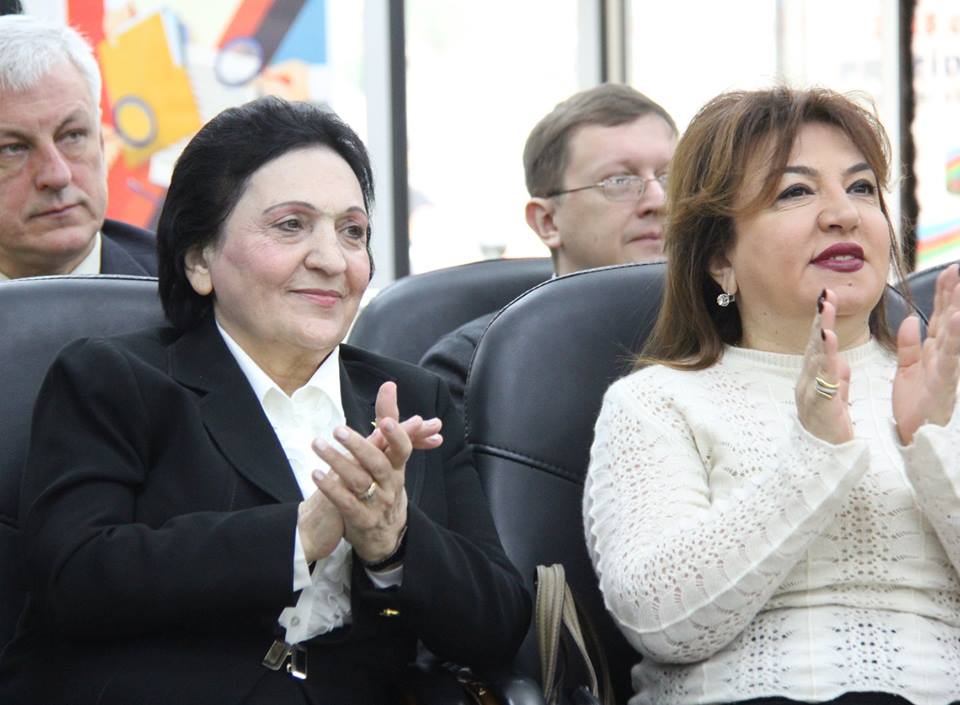 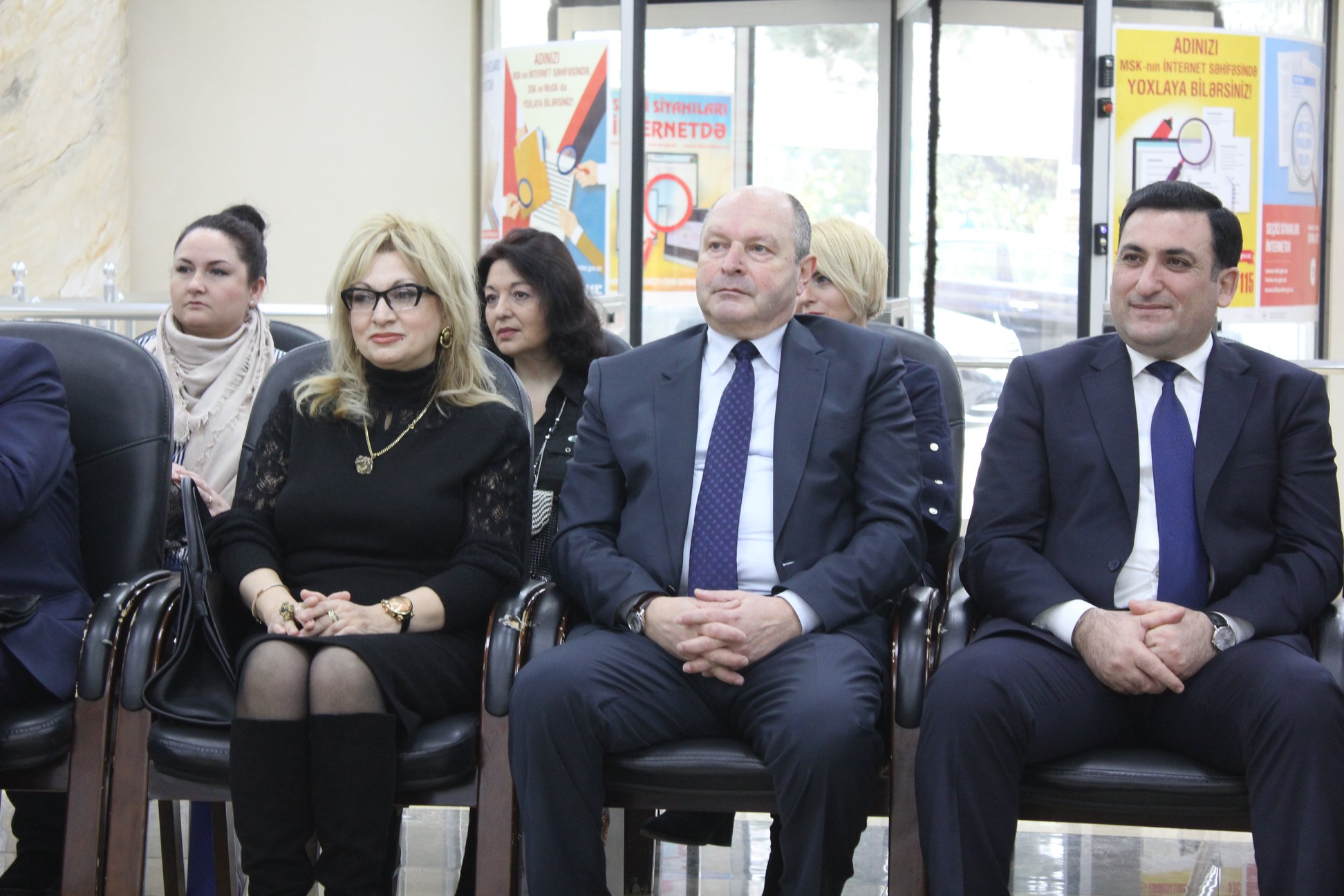 An event titled "Internationalization of Higher Education in Azerbaijan and Belarus" was held at Baku Slavic University on 6 March within the framework of the Belarusian Education Days. Consultant of the International Department  Cooperation of the Ministry of Education of the Belarus Republic Olga Khatkevich, Alexander Zhuk rector of the Belarusian State Pedagogical University named after Maxim Tank, Alexander Sichhev pro-rector of the Gomel State University named after P.O.Suxoy, Yuriy Nikityuk pro-rector of the St. Petersburg and Grodnensk State University named after Yanka Kupala, Yuriy Belikh pro-rector of State University, Dmitriy Kuznetsov pro-Rector of Belarusian State University of Informatics and Electronics, Anna Yablonskaya, a specialist of International Cooperation and Foreign Economic Activity of Belarus national Technical University and representatives of the Ministry of Education of Belarus, as well as representatives of separate universities operating in Belarus participated in this ceremony. In addition, Trend News Agency's Deputy Director for Corporate Development Arzu Naghiyev, Editor-in-Chief of Two Sahil Newspaper Vugar Rahimzadeh, Professor Shahlar Askerov, Rector of Azerbaijan State Oil and Industry University Mustafa Babanli and others took part in the event.

At the foyer of the university, the guests, who were greeted with salt and baked bread according to the national traditions of Azerbaijan, watched a concert program prepared by BSU students. The Belarusian national dance "Kupalinka" was demonstrated in the event and S. Vurgun's "Azerbaijan" poem was played in Azerbaijani and in Belarusian translation of Maksim Tank. "Belaya, Belaya rus" was performed by Igor Timakov and the song "Sari Gelin”  by Aysel Mammadova, student of the School-Lyceum Complex of BSU. At the end, the Azerbaijani folk dance, prepared by BSU's Arzu dance band, was presented. Then the guests visited the Belarusian language and culture center operating in the BSU, where they watched the slides reflecting the history of the Belarusian people, the development stages of the Azerbaijani-Belarusian relations and the national-ethnographic features. The event continued with a round table. Rector of Baku Slavic University, Professor Nurlana Aliyeva made a presentation on the current state and prospects of BSU's cooperation with Belarusian universities and spoke about the values that bring our peoples closer together. Looking at the history of relations between Azerbaijan and the Republic of Belarus, she noted historical facts on mutual trust and confidence-building issues between the two countries at all times. The rector said that Azerbaijan and Belarus were represented in the Commonwealth of Independent States (CIS) after the collapse of the Soviet Union., and as a result of the efforts of the Great Leader Heydar Aliyev, both former Soviet republics became closer to each other as independent states. She noted that Belarusian President Alexander Lukashenko had been at BSU before and met with university students. She pointed out that currently Belarus centers are functioning at the BSU and at the same time Azerbaijan centers exist in some Belarus Universities. N. Aliyeva said today the foreign policy of Azerbaijani President Ilham Aliyev is aimed at expanding friendship and cooperation between our countries. 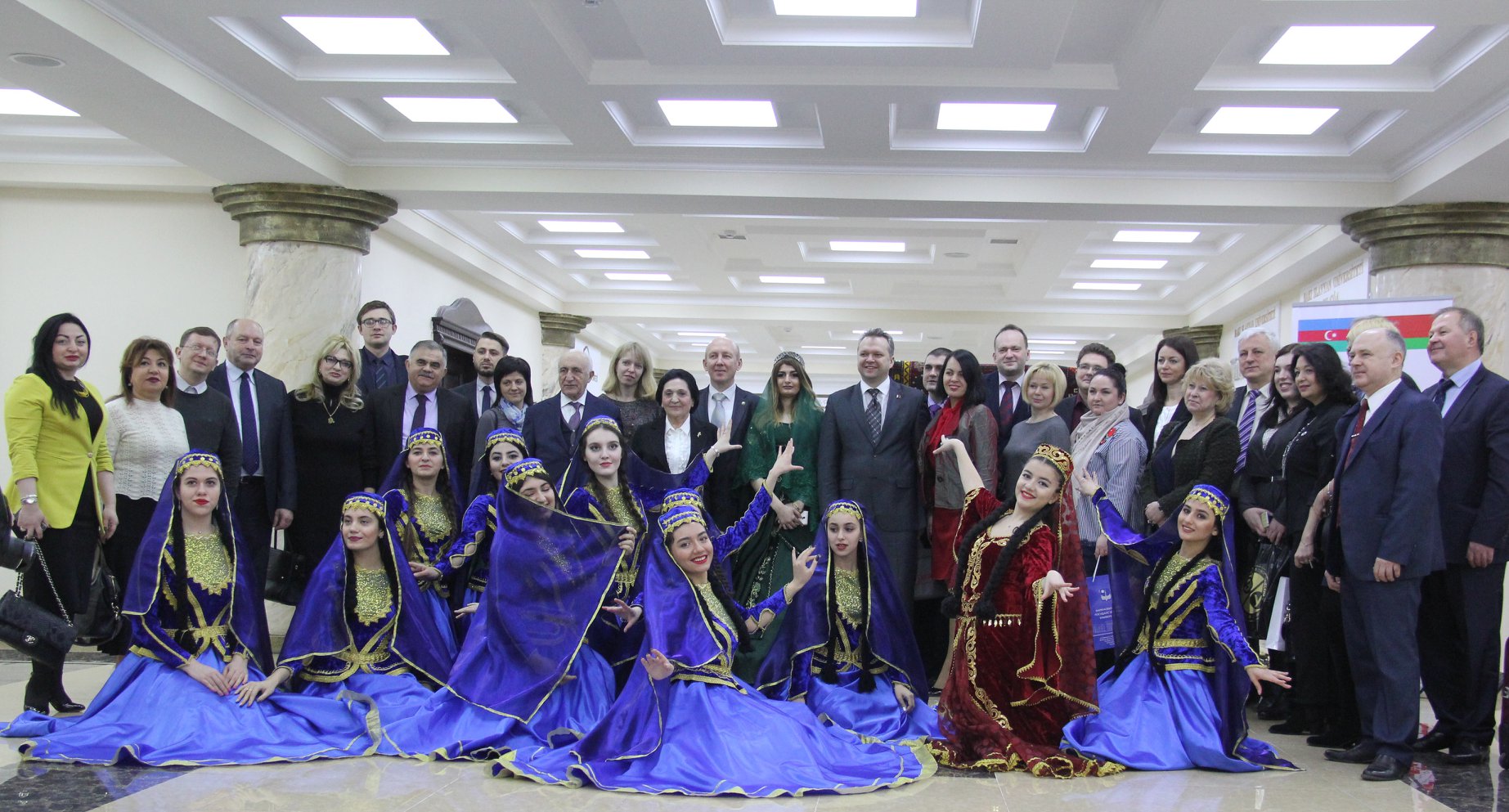 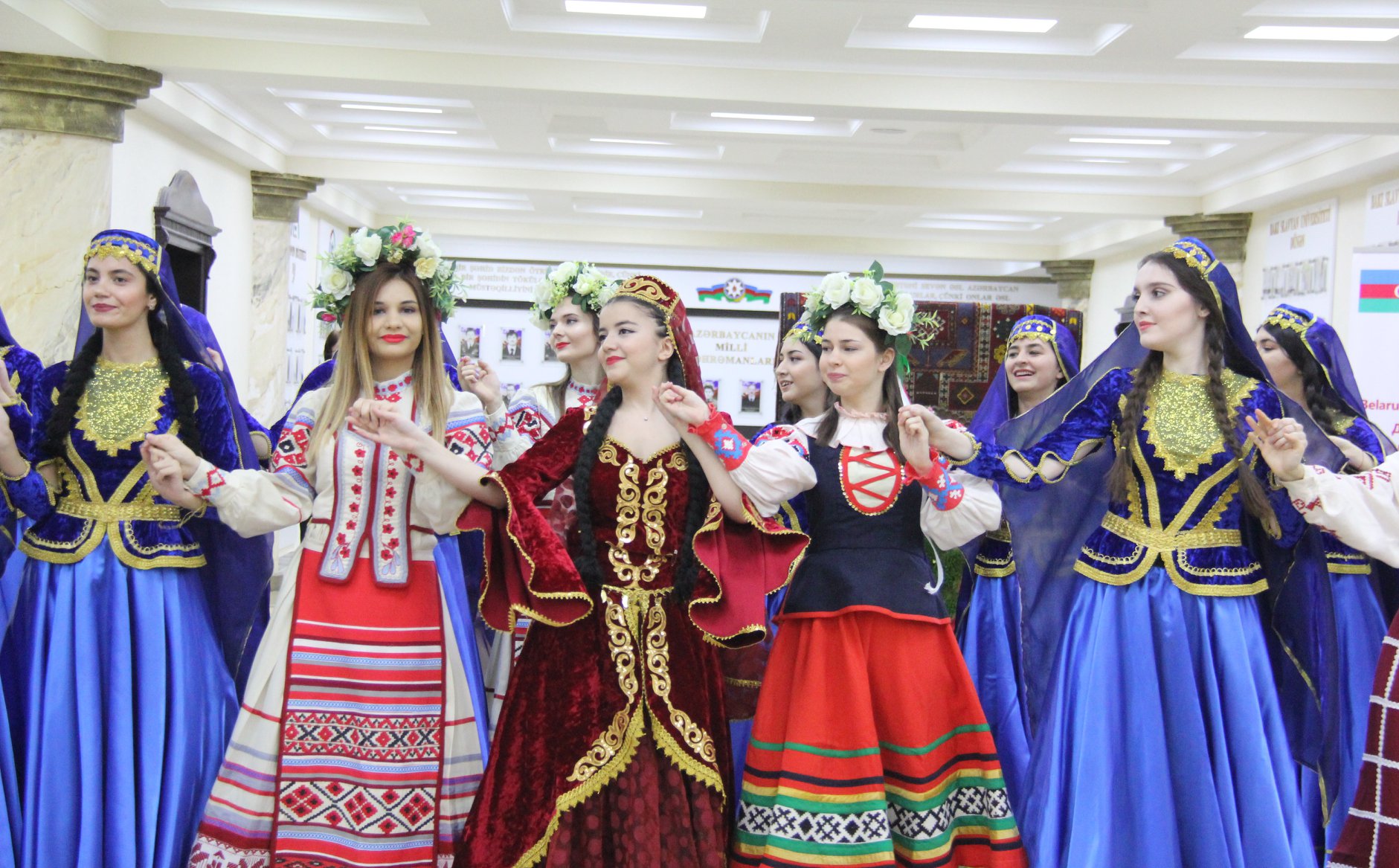 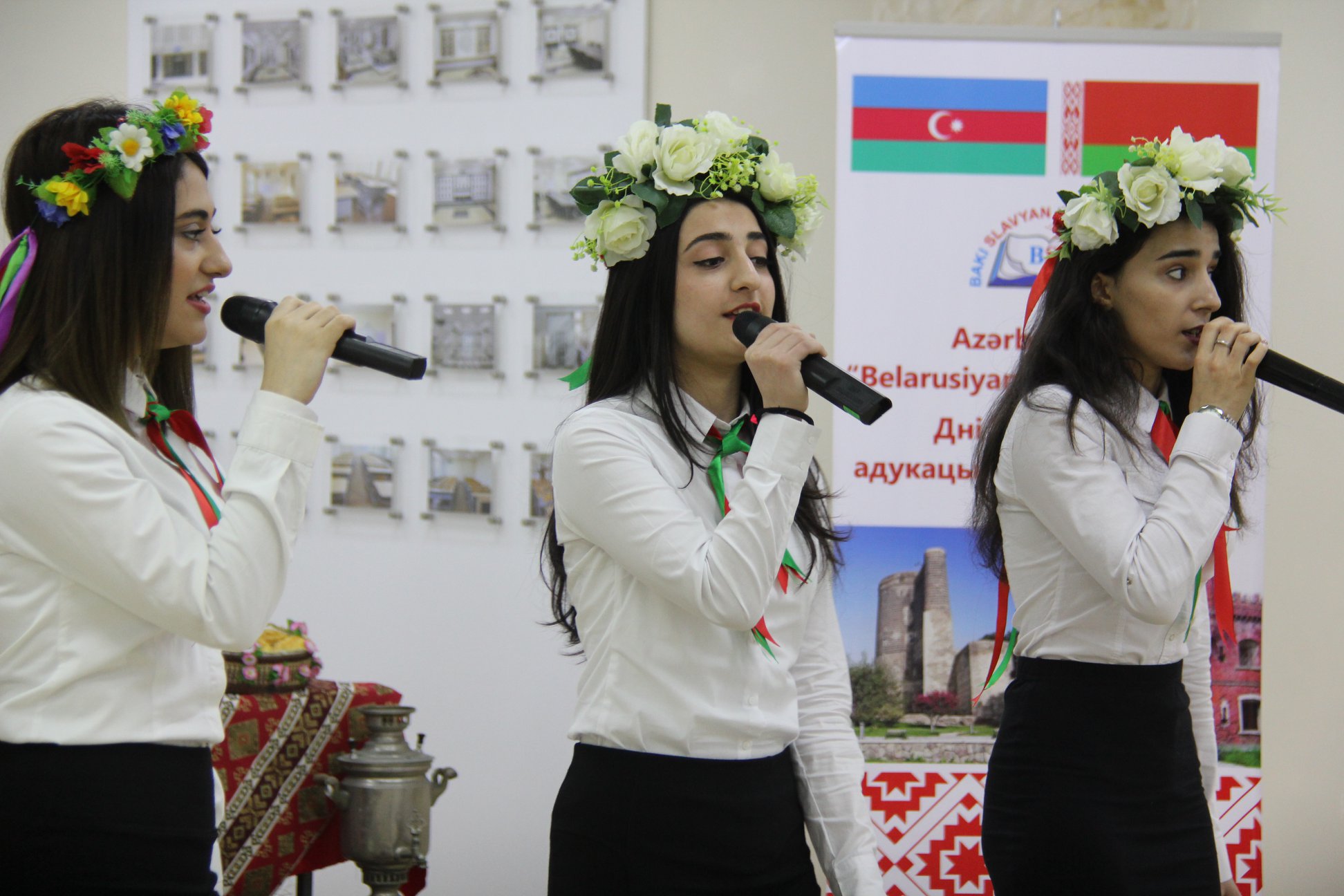 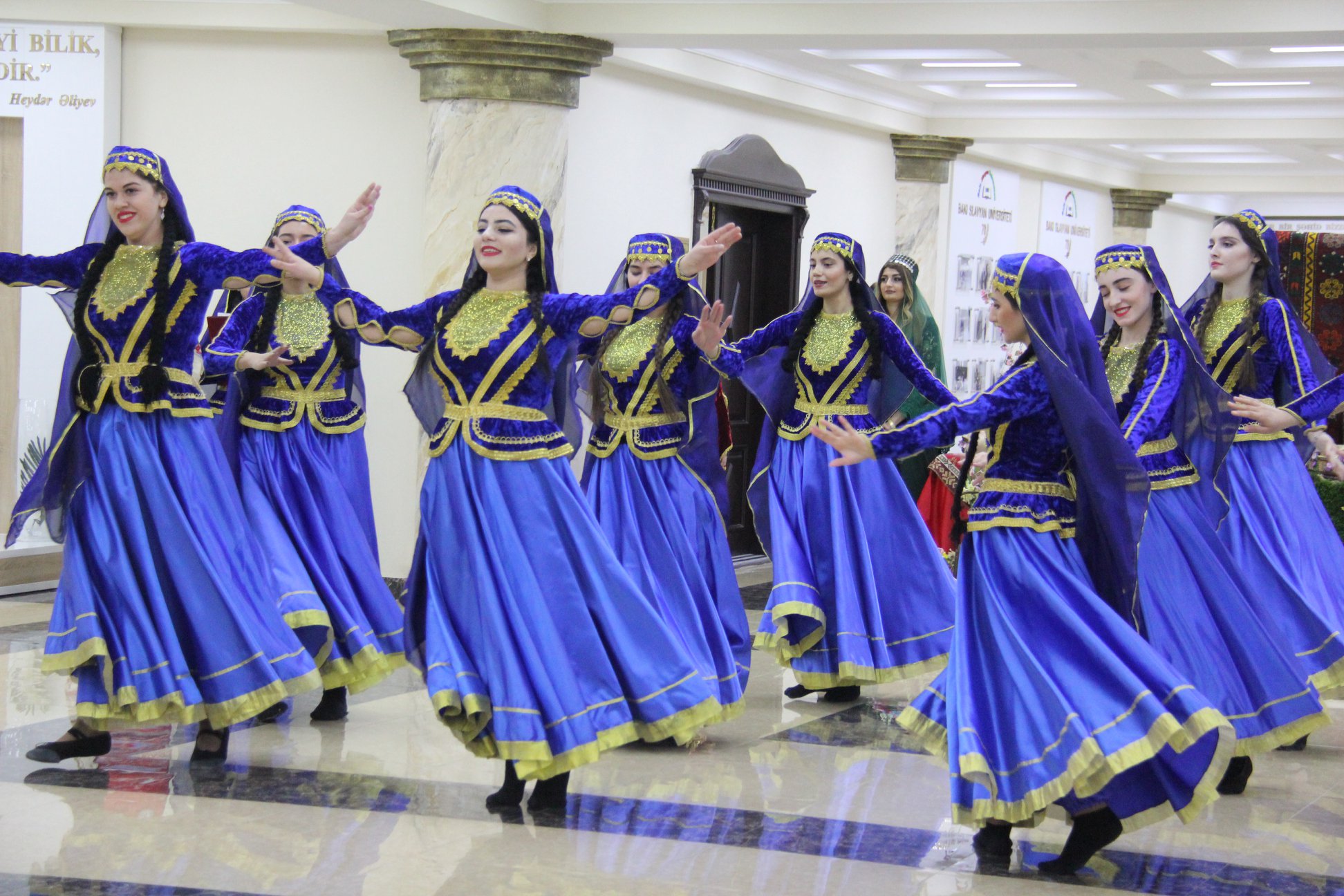 Alexander Zhuk , rector of the Belarusian State Pedagogical University named after Maksim Tank making a report concerning the "Belarus-Azerbaijan languages as a factor of development and strengthening of cooperation between Belarusian-Azerbaijani Republics" said that the relations between our countries will become more intensive. The Rector gave information about the exchange of teacher-student between the universities and the implementation of joint scientific and pedagogical projects among the Universities.  A.Juk also highly appreciated the activity of Azerbaijani scientists working at BSPU.

BSU teacher, Professor Rakhila Guliyeva talked about “The general national and moral values of Azerbaijani-Belarusian peoples and informed about the similar and common features of spring holidays of both nations as one of the unifying aspects.

At the end of the event an agreement was signed on cooperation between the Baku Slavic University and the Belarusian State Pedagogical University named after Maksim Tank.