In the framework of the event, results of IX Republican Olympiad on the Russian language and Literature among pupils of the secondary schools of Azerbaijan and project called “A.S.Pushkin in the mirror of two centuries” were summed up. 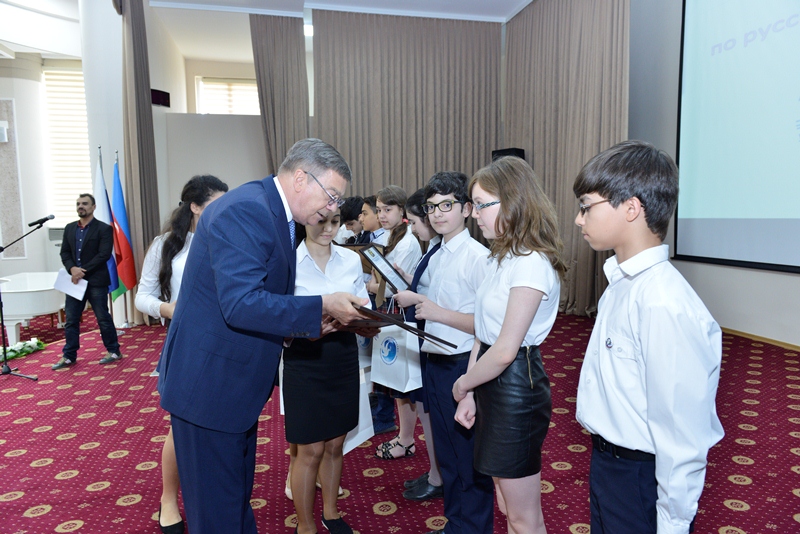 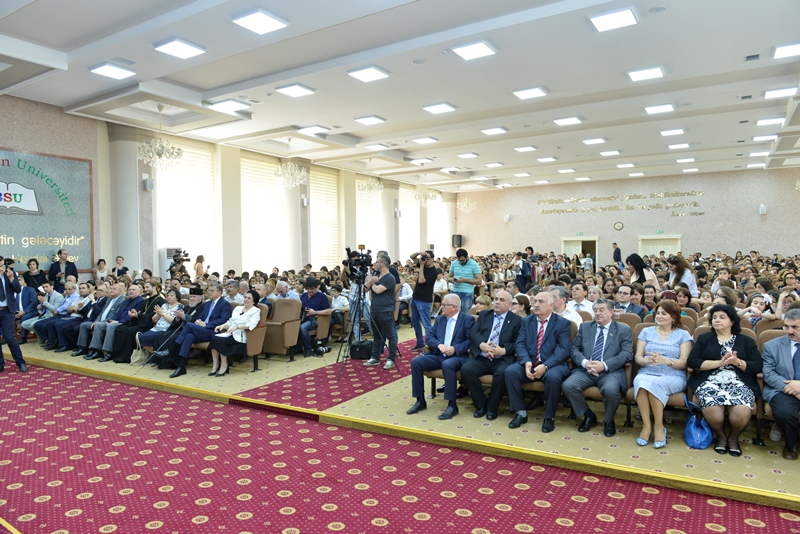 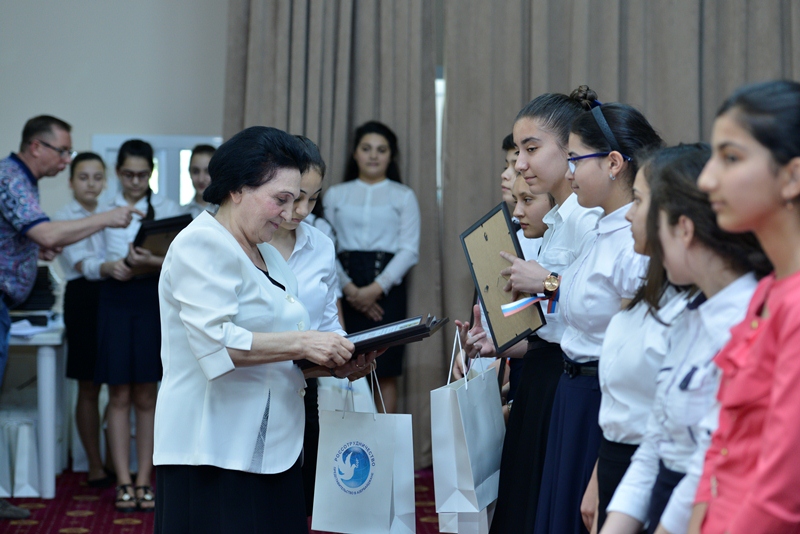 On June 6, 2017, a solemn event dedicated to the results of IX Republican Olympiad on the Russian language and Literature among pupils of the secondary schools of Azerbaijan and project called “A.S.Pushkin in the mirror of two centuries” was held at Baku Slavic University. Firstly, event participants visited the bust of Nationwide Leader Heydar Aliyev on the ground floor of University and laid bunches of flowers in front of it. Solemn opening of the event started with demonstration of the film “Olympiad- 2017”.

After the demonstration Ambassador Plenipotentiary and Extraordinary of the Russian Federation to the Republic of Azerbaijan Vladimir Dmitrievitch Dorokhin highlighted Azerbaijani nation as friendly and hospitable, pointed out mutual trust at all times between our nations and countries. Ambassador spoke about historical roots of love to the Russian language in Azerbaijan, listed Great Leader Heydar Aliyev’s services in this field. He told about services of the President of Russia V.V.Putin and the President of the Republic of Azerbaijan Ilham Aliyev in the shpere of rapprochement between our countries.

Chief of Baku City Education Department Mahabbat Valiyeva emphasized an important role of Olympiad on the Russian language and literature in enriching pupils' knowledge base. M.Valiyeva congratulated winners of Olympiad and presented them diplomas and awards.

Rector of BSU, professor Nurlana Aliyeva who made a speech in the event, looked through the history of friendly and kind neighborhood relations between the Republic of Azerbaijan and Russian Federation. She highlighted that Azerbaijani people got acquainted with European and world literature through the Russian language for many years, at the same time Azerbaijani literature and culture were known to the world through the Russian language. In addition to pointing out independence as a great blessing, N.Aliyeva noted Nationwide Leader Heydar Aliyev’s extremely great historical service in maintaining friendly and warm relations with the Russian Federation. She pointed out that President of the Republic of Azerbaijan Ilham Aliyev successfully continues Great Leader’s foreign policy and develops friendly relations with the Russian Federation. N.Aliyeva highlighted that two cultural and educational institutions related to Russia- St. Petersburg and Moscow Centers function at BSU, and centers related to the Azerbaijani language, literature, culture function at these cities. Rector noted special role of Baku Slavic University in relations between the Republic of Azerbaijan and Russian Federation. She mentioned that today’s event is an example of mutual respect between two countries. N.Aliyeva said: “These days, Russian people celebrate great Russian poet Alexander Sergeyevich Pushkin’s birthday, but Pushkin isn’t only Russian nation’s poet, humanism, feelings of humanity, love and affection to all nations in his poetry turned him into beloved poet of all mankind. Pushkin also fell into history as one of the great representatives of the national Russian language.”

Highlighting the celebration of June 6 as an International Russian language Day all over the world, rector of BSU stated that Azerbaijan hadn’t stayed aside from this solemn holiday.” Every year on Pushkin’s birthday we also sum up Republican Olympiad on the Russian language and Literature. Next year we’ll solemnly celebrate 10th anniversary of Olympiad and 20th anniversary of Pushkin holiday”, -  N.Aliyeva concluded her thought.

Then rector congratulated winners of Olympiad on the occasion of success they got.

Deputy of Milli Majlis, head of the Russian Community in Azerbaijan Michael Zabelin highlighted that special importance is given to multicultural values and religious tolerance dominates in Azerbaijan. He stated that relations between Russia and Azerbaijan are built on the basis of Great Leader Heydar Aliyev’s principles and today it has been further developed.

It should be noted that geography of Olympiad on the Russian language and Literature in Azerbaijan expands from year to year. This year more than 2500 pupils of seventh and eighth grades from 50 secondary schools representing different regions of the country tested their knowledge in the contests. In addition, students of military school named after Heydar Aliyev in Nakhchivan city joined the Olympiad for the first time.

Then winners of Olympiad were invited to the stage and presented awards.

Let’s also note that, every year contest called “Young orator” in the framework of Olympiad on the Russian language and Literature is held. This year's winners were awarded different awards. Headmasters and teachers who took an active part in the organization of Olympiad were also presented gifts. Gifts were presented to the headmasters by head of delegation from Rossotrudnichestvo Valentin Petrovich Denisov and Director General of Azerbaijan State Russian Drama Theater Alexander Sharovski.

More than 400 pupils of Baku schools were winners of   19th Pushkin holiday held under the motto of   “A.S.Pushkin in the mirror of two centuries”. They were also presented awards. Artistic director of the Theater studio of Children’s Creativity Center functioning at the center of Russian Center for Information-culture Alexandra Konstantinovna Nikushina congratulated winners.

The event was followed by an extensive music program.