Well-known politician Alexandr Dugin was the guest of BSU 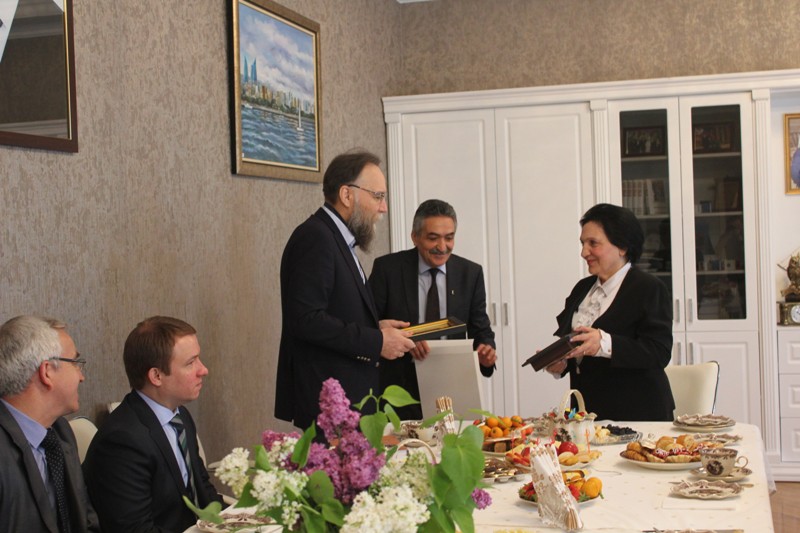 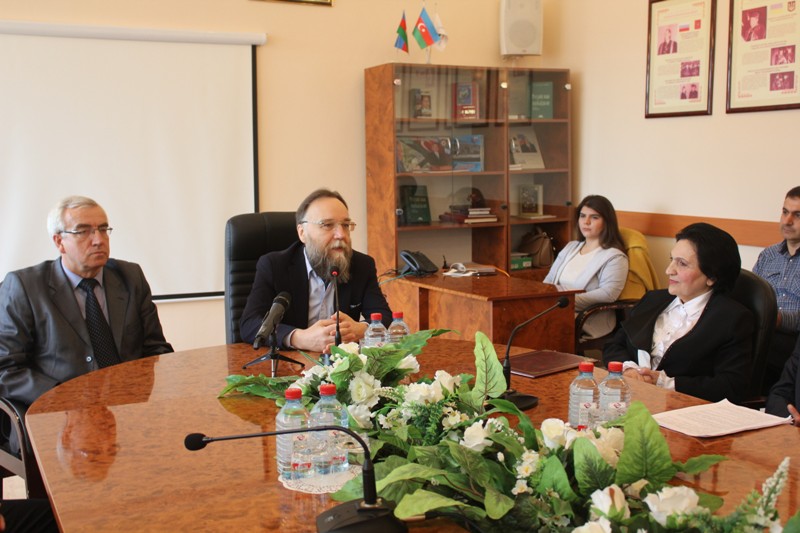 On May 3, well-known political-social figure of Russia, philosopher, politician, translator, substitute chief of the chair of Sociology of International Relations, faculty of Sociology of MSU, professor Alexandr Dugin was the guest of Baku Slavic University (BSU). Rector of BSU, professor Nurlana Aliyeva received A.Dugin and gave information about wide relations of University with high schools of Russia.  Rector noted that Russian Educational and Cultural Center differs from other centers functioning at BSU, that center has wide relations with Azerbaijani centers functioning at Moscow and Petersburg.

Then A.Dugin met with students and professor- teaching staff of BSU, as well as representatives of the media in the Conference Hall.

Russian politician highlighted his second visit to Azerbaijan, development of our country and especially beauty of Baku. He noted Baku as a city that can stand in the same line with developed capitals of the world.

Philosopher informed about his new theory. He stated that ideologies like liberalism, nationalism, fascism came to an end and his theory is the fourth universal ideology which comprises positive aspects of previous theories.

At the end of the lecture Russian politician answered numerous questions of the audience.