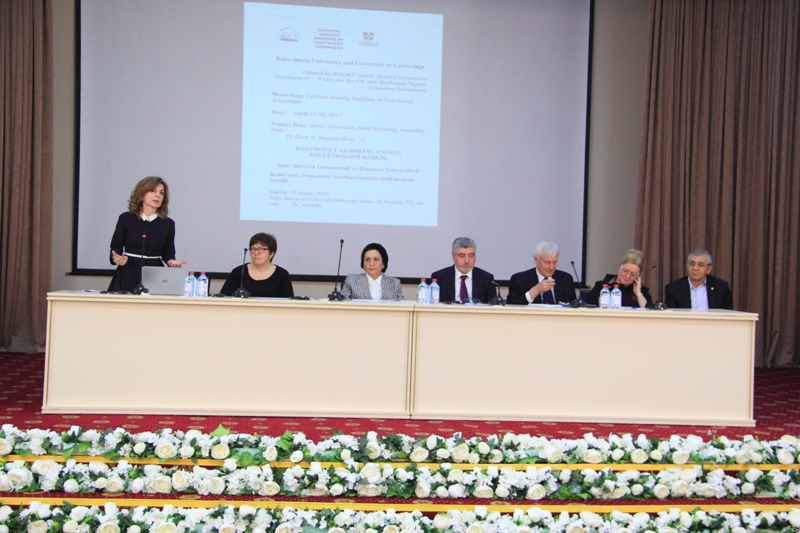 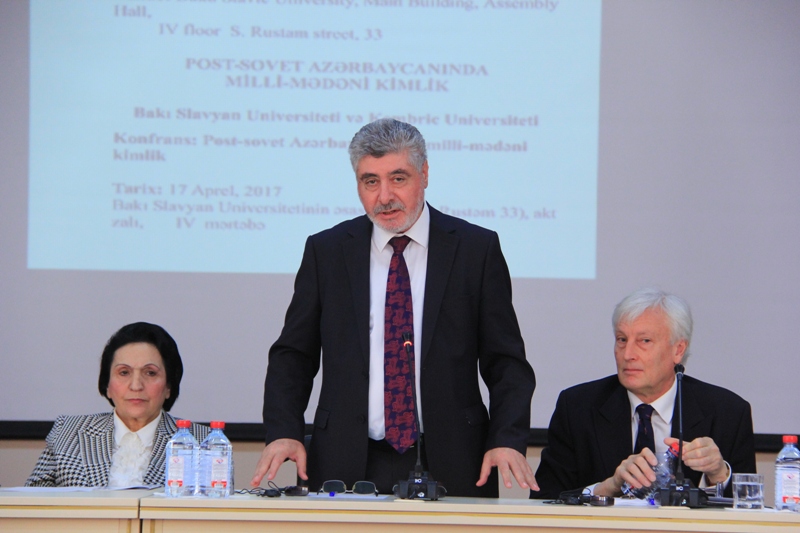 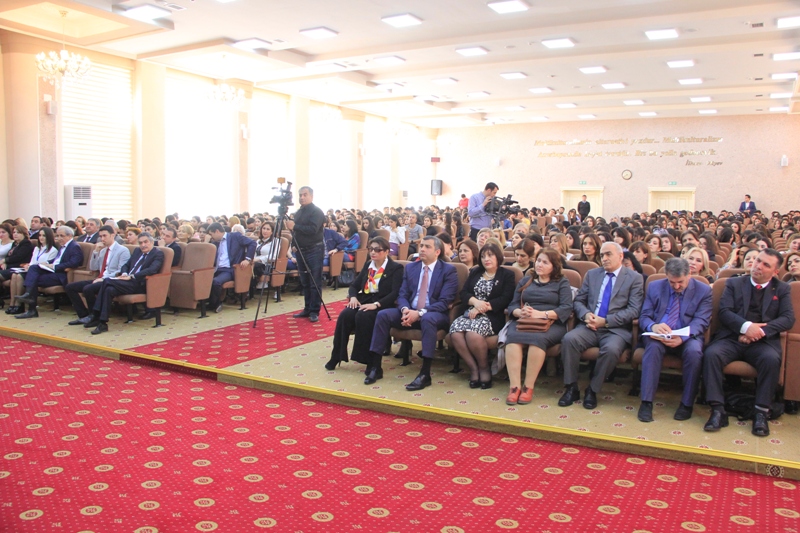 On April 17, opening ceremony of the scientific conference “Cultural and national identity in post-Soviet Azerbaijan” was held at Baku Slavic University with the joint organization of BSU, Cambridge University of Great Britain, Berlin-Humboldt University of Germany.

Making an opening speech, rector of BSU, Professor Nurlana Aliyeva greeted guests, gave information on conference agenda and issues ahead. She brought attention to the significant works done in the direction of restoring moral values, eliminating existing problems in the sphere of cultural and national identity in the independence period of Azerbaijan. Rector noted that national and moral values exactly stand on the base of public policy of Nationwide Leader founder of the Republic of Azerbaijan Heydar Aliyev, Azerbaijani ideology is preferred. She mentioned that President of the Republic of Azerbaijan Ilham Aliyev develops those traditions, national and cultural identity has become an integral part of state policy with the President’s decrees. Giving brief information on the conference topics, N.Aliyeva stated that conference will continue its work in 3 sections for 2 days.

Professor of BSU Rahila Geybullayeva informed that conference was realized on special project and it would have next stages. A lot of topics from religious values to music were investigated here.

Later chief of the chair of Azerbaijani history of Berlin-Humboldt University Yeva-Maria Aux and professor of Cambridge University Charles Melville made speeches. Guests thanked University administration for bringing such serious issue into agenda. On the second day of the conference discussions will be conducted on “ Historical norms and culture identity in post Soviet Azerbaijan” in the 3rd section.

That day conference continued its work on sections. In the 1st section meeting “ Changing period of national identities” under the guidance of rector of Khazar University, professor Hamlet Isakhanli, in the 2nd section meeting under the chairmanship of  professor of Cambridge University Charles Melville, “The formation of a new era of national and cultural identities” were discussed.