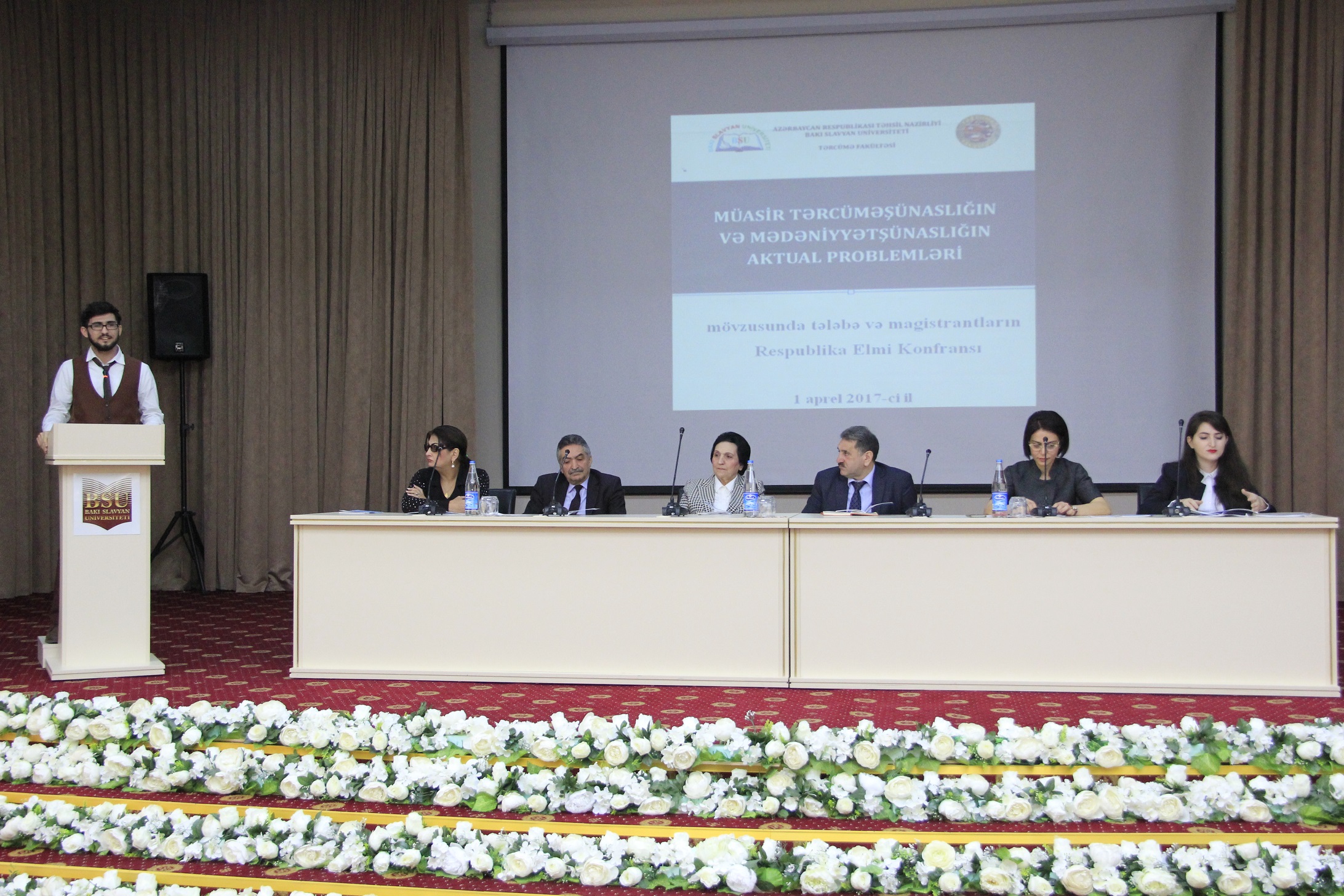 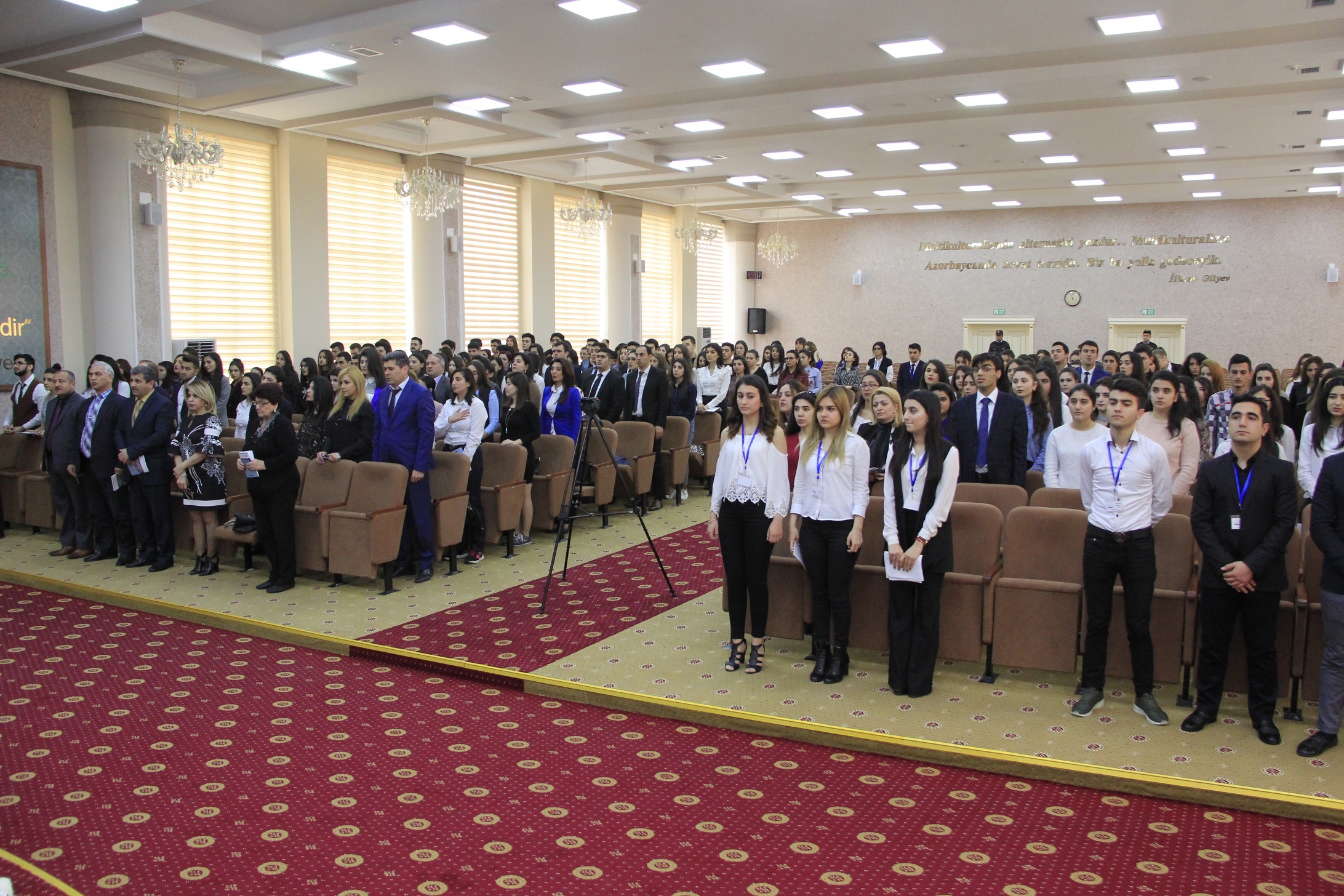 On April 1, Republican scientific conference “Actual problems of Modern Translation and Culture studies” was held at Baku Slavic University (BSU). At the beginning of the event, the national anthem was played.

Rector of BSU, professor Nurlana Aliyeva spoke about the essence of the conference in her introductory speech. Rector noted that the aim of the conference was to draw attention of the young to the issues on the development of the Azerbaijani study in the modern era and teaching of the Azerbaijani language in world countries. Highly appreciating the conference organized by the faculty of Translation professor Nurlana Aliyeva emphasized that multicultural values stood in the core of translation. Speaking about the organization of such conferences at Baku Slavic University where multiculturalism dominated, Nurlana Aliyeva mentioned that conference was great practice for translators, she wished success to participants.

Making a speech vice rector for Scientific affairs Rafig Novruzov noted that the science of translation study comprised all sciences in it. Vice rector stated the demand of professionalism in translation study and its great chance for revealing students’ knowledge and skills.

During the conference scientific discussions, seminars, discussions and idea exchanges around current themes were held. Students and masters participating in the plenary session got acquainted with BSU. At the end of the conference reports on sections were listened, distinguished students were presented diplomas by the rector.