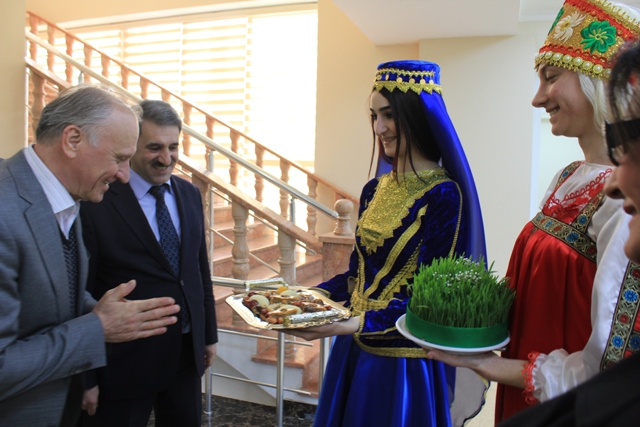 A prominent statesman, the first and only Secretary of State of the Russian Federation, chief of the chair of Philosophy of Moscow International University since 2010, Gennady Eduardovich Burbulis has been the guest of BSU. Rector of University, professor Nurlana Aliyeva has received the guest and spoken about relations of the University with the higher schools of the Russian Federation, teacher –student exchanges, teaching of the Russian language and literature in BSU, events organized by Russian Cultural Center functioning at University. She has drawn attention to the close relations of BSU with 27 higher schools of the Russian Federation and Azerbaijani centers functioning at those Universities. N.Aliyeva has emphasized that special importance is given to multicultural values at Baku Slavic University and the main aim of teaching staff is to educate students in the spirit of humanism.

Speaking about Nationwide Leader Heydar Aliyev’s irreplaceable services in establishing friendly and neighborhood relations between our countries Gennady Eduardovich Burbulis has said that today this policy is successfully continued by President Ilham Aliyev. He has said that representation of all Slavic world in BSU has a significant role in the integration process of Azerbaijan to Europe. He has also noted that relations between the Republic of Azerbaijan and regions of Caucasus and Central Asia are currently becoming the center of political and economic relations. G.E.Burbulis has stated that everyone owes to concern for our planet in the current stage of development of science and technology. ”Dialogue and mutual understanding among states and nations are the main stipulations. Cold and hot wars lead humanity to disaster, it is impossible to solve any problem by means of force.”

At the end of the meeting G.E.Burbulis has made a speech for BSU students, shared his memories on the years when he was Secretary of State and answered the students’ questions. 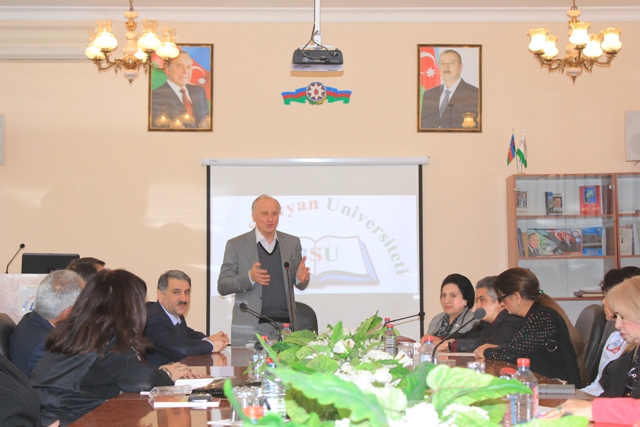 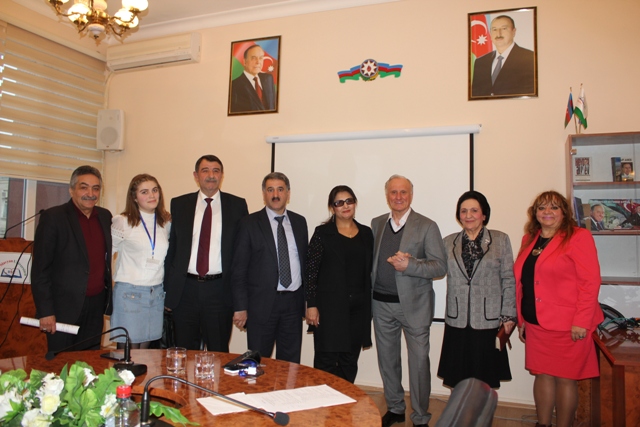